Seniors who head back to school may reduce dementia risk - TulsaCW.com: TV To Talk About | The Tulsa CW

Seniors who head back to school may reduce dementia risk 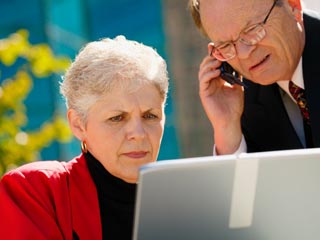 Taking college courses may boost brain functions, such as memory, decision-making and planning, the researchers said.

The Australian investigators pointed out that their findings add to a growing body of evidence that healthy lifestyle choices -- such as exercise, brain games and an active social life -- may help slow age-related cognitive decline.

"The study findings are exciting because they demonstrate that it's never too late to take action to maximize the cognitive capacity of your brain," lead researcher Megan Lenehan from the University of Tasmania in Australia, said in a news release from the American Psychological Association.

"We plan to follow these participants as they age to see if college studies could help delay the onset or reduce the debilitating effects of dementia."

However, the study wasn't designed to prove a cause-and-effect relationship between a late-in-life education and a reduced risk of dementia.

Results from the study were published recently in the journal Neuropsychology.

The study included more than 350 adults without dementia. They were between the ages of 50 and 79. The participants took several tests on thinking and memory before completing at least one year of full-time or part-time course work at the University of Tasmania. Researchers then followed up with the older students for three years, testing them again on an annual basis.

By the end of the study, 92 percent of the participants who enrolled in college courses had an increase in brain functions, such as memory and planning. Just 56 percent in a control group who didn't take any classes increased their brain functions, the study said.

Meanwhile, the remaining 8 percent of the college group maintained their thinking capacity, compared to only 44 percent in the control group, the study found.

The courses the participants took covered a wide variety of subjects, including history, psychology, philosophy and fine art. Although some of the students took online courses, the researchers suggested being on campus likely provided greater benefit since the participants also got new social connections.

"It is possible that any mentally stimulating activity later in life may also enhance cognitive capacity, such as other adult-education classes or programs to increase social interaction," Lenehan said.