Could adults' expectations drive up ADHD diagnoses in kids? - TulsaCW.com: TV To Talk About | The Tulsa CW

Could adults' expectations drive up ADHD diagnoses in kids? 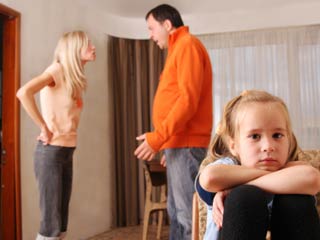 (HealthDay News) -- Rates of attention deficit hyperactivity disorder (ADHD) have risen globally, and adults' unreasonable expectations of young children could be one reason why, researchers suggest.

Reporting in the Feb. 22 issue of JAMA Pediatrics, researchers from the University of Miami point to evidence that the rise in ADHD diagnoses coincided with ever-growing demands on young children's attention and focus.

Since the 1970s, the researchers said, elementary school children have been getting more and more homework, while preschoolers have spent more time in full-day programs -- and getting coached in reading and numbers by mom and dad.

During those same years, the prevalence of ADHD doubled in the United States.

Of course, many other things have also changed since the 1970s, and it's not possible to pin the rise of ADHD on any one trend, said lead researcher Dr. Jeffrey Brosco, associate director of the university's Mailman Center for Child Development. His research letter only points to an association and not cause-and-effect.

But, Brosco said, it makes sense that greater academic pressure would set the stage for more ADHD diagnoses.

"In the U.S.," he added, "we've decided that increasing children's academic demands is a good thing. But we haven't really considered the potential negative effects."

A child psychologist not involved in the study agreed there's a "plausible" connection between academic expectations and ADHD diagnoses.

It's not that homework is causing ADHD, said Stephanie Wagner, an assistant professor of child and adolescent psychiatry at NYU Langone's Child Study Center in New York City.

ADHD is a "neurobiological" disorder, Wagner said, which means it's brain-based, and not caused by environmental factors.

"But we do know that the environment can exacerbate symptoms," she added.

So the more time that children with ADHD have to sit, do homework and have no freedom for play, Wagner said, the more difficulty they'll have -- and the more apparent that will be to adults.

According to Wagner, children with ADHD typically do best in environments where there are clear rules, plenty of hands-on lessons, and less "down time."

In the United States, about 11 percent of children ages 4 to 17 have ever been diagnosed with ADHD, according to the U.S. Centers for Disease Control and Prevention. Mental health experts believe genetics might play a role in its development, as well as lifestyle behaviors like smoking or drinking during pregnancy.

Critics have long charged that some children diagnosed with ADHD are wrongly labeled as having a "disease" and given drugs they don't need.

Recent decades have seen a number of trends that could feed the rise in ADHD diagnoses, Brosco said. Those include changes in how the disorder is diagnosed and aggressive marketing of ADHD drugs, Also, kids with ADHD are sometimes eligible for special education services that were not available in the 1970s, Wagner said. "So there likely are families who seek a diagnosis for their child, in order to help him or her receive appropriate services in school," she said.

But, Brosco said, there has also been a shift in academic demands. Looking at government statistics and previous research, Brosco's team found that between 1981 and 1997, U.S. children dedicated more and more hours per week to studying.

The biggest change was seen among 6- to 8-year-olds. By 1997, they were spending over two hours a week on homework, versus less than one hour in 1981.

Even preschoolers were feeling the pressure. By 2005, 77 percent of parents said they "frequently" taught their 3- to 5-year-olds letters, words and numbers. That was up from 58 percent in 1993.

It's not that parents shouldn't engage their preschoolers' minds, Brosco stressed. But it should be done through play and connection, rather than lessons, he said.

"Parents should read to their children," Brosco said. "That's social interaction and storytelling." The problem, he added, arises when parents use flashcards and other ways of pushing young children to "get it right."

Another change, the study found, is that many more preschoolers are in full-day programs now -- 58 percent in the mid-2000s, compared with just 17 percent in 1970.

Brosco said there's nothing wrong with full-day preschool, if children are playing and learning things that are developmentally appropriate -- like how to get along with other kids. But some programs get into academics, he noted.

"At that age," Brosco said, "what's most important is free play, social interactions, using your imagination. We need to be careful that our demands aren't making children feel like they're getting it 'wrong.' We want them to love learning."

The U.S. Centers for Disease Control and Prevention has more on ADHD.