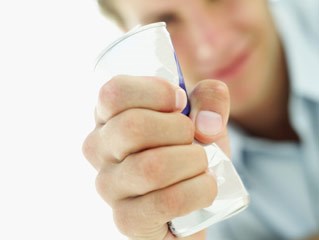 (HealthDay News) -- The boys of "Animal House" and "Neighbors" may be immune to anti-boozing programs that curb drinking for other college kids, new research suggests.

The investigators found no differences in drinking behaviors between those who had received some kind of anti-drinking intervention, and those who had not.

That was true across all measures -- how much the students drank per week or month, frequency of heavy drinking, number of days they drank, or alcohol-related problems, the study showed.

In some cases, students drank even more after an intervention, Scott-Sheldon's team said.

Are sorority sisters as impervious to anti-alcohol efforts as their frat peers? The study authors say that's not clear. They noted that since only 18 percent of the study participants were women, and none of the studies focused solely on sororities, the findings may only apply to members of fraternities.

What is clear is that "reducing alcohol consumption and problems among fraternity and sorority members will require a different strategy relative to their college drinking peers," Scott-Sheldon said.

The researchers were surprised that conventional interventions had zero effect on the typical drinking frat member.

"We expected that providing Greek members with a thoughtfully designed and carefully administered alcohol intervention would reduce consumption and problems relative to no intervention," Scott-Sheldon said in a news release from the American Psychological Association.

The bottom line, she said, is that "stronger interventions may need to be developed for student members of Greek letter organizations."

The study was published online May 16 in the journal Health Psychology.

The U.S. National Institute on Alcohol Abuse and Alcoholism has more about college drinking.