Train For Their Brain - TulsaCW.com: TV To Talk About | The Tulsa CW

Train For Their Brain 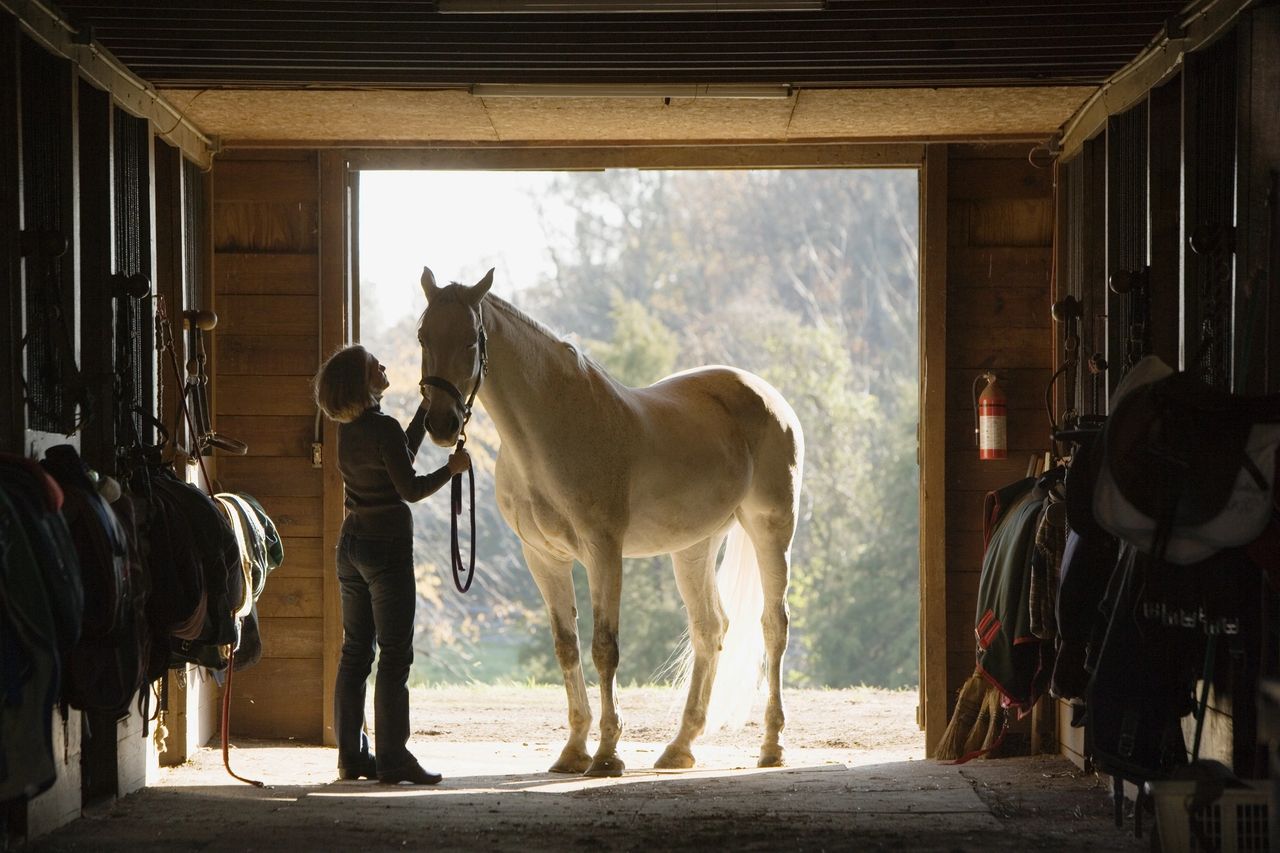 The idea that the horse “wants to please us” or “wants to achieve the same goals” is faulty at best and is the wrong approach when training. This would assume horses are capable of such high intellect when there have been no studies to verify such a theory. Sure, humans can connect with horses much in the same way as we connect with dogs but we cannot cancel out the animal factor. By nature, like all animals, horses still have the basic needs for survival interwoven in them.

They are still animals, after all. But their brains are affected, negatively or positively, by the way we treat them. Just as your brain processes information that results in specific outward actions, so does your horse’s brain.

In the field of equitation science, this concept of training for a horse’s brain helps us better understand how these animals work and what humans can do to enhance their learning experience without diminishing their minds.

Great potential is lost in a horse if the training does not cater to the equine psyche.

How does the horse’s brain process the world around him.

Research/Examples:Even though we can observe horse to horse interactions that involve a lot of physical touch, not every touch from human to horse is perceived in a positive way. Food is a guaranteed method for positive reinforcement in the horse’s mind. They will always associate food with something good so treats are an essential in training.

Takeaways: Don’t allow your human perception to cloud your understanding of your horse’s perception of you and your world.

horses are experts at reading and understanding the environment and body language and learning large movements. In fact, they learn many times faster than humans and preserve what they learned for the rest of their lives. (Equine Behavioral health website) The horse is experiencing context-specific learning, making it more prone to agitation or a learned flight response.

How the human brain should interact with the horse’s brain

Physical training should weave seamlessly with the horse’s behavioral health.

He has strong representational memory therefore whatever happens to him will be always be remembered. Literally. The horse is the only animal studied known to form an opinion based on their memory of someone’s face and whether or not said face smiled or frowned at them the last time they saw it.

Yes, horses can run and it is not bad that humans want to tap into this power even for the sake of sport. But horses are animals programmed by the flight instinct. Forcing a horse to run by consistent or constant aggressive means triggers their flight instinct at all times. This essentially strips the horse of all other cognitive functions until they are reduced to an animal who cannot relax because their brain has been programmed to think they are always in flight mode. Compare it to emotional triggers in humans. To reduce anxiety, the triggers are reduced or even eliminated entirely. A human with an anxiety disorder exposed to triggers all the time finds it increasingly difficult to relax even while simply lying in bed. This same concept can be applied to the horse.

Think of yourself as the one thing in your horse’s life that will not be a trigger for him. Become your horse’s “safe space.”

What is this section about?: First off, there is no supporting evidence that suggests horses have any concept of a hierarchy or even basic terms of leadership. That in mind, throw out the age-old notion that you have to dominate or “establish your authority” over your horse.

Why it matters: No use in asserting power when he does not have any concept of power at all.

Research/examples: horses actually reach top velocity when no whip is used and that increased whip use is not related to variation in velocity or improved finish position (An investigation of racing performance and whip use by jockeys in Thoroughbred races)

While horses do have a higher form of emotional intelligence than most animals, their perceptions of the world never have and never will amount to the complexities of a human’s. To the horse, you are either a predator or a potential predator so minimize his predator perception of you during everyday interactions and training sessions.

positive correlation exists between aggressive rider behaviors and horse behaviors, that is, as the frequency of aggressive riding techniques increases or decreases, the incidence of stress-related, conflict, and irritation behaviors of the horse will similarly increase or decrease (from the Journal of Veterinary Behavior Volume 24 pages 36-41) For any rider to engage in 33 acts of kicking or spurring, a horse in a run with an average time of 19.3 seconds is cause for concern from both a youth development and an animal treatment perspective.

Why the earlier comparison between high-dollar racehorses and everyday horses? Because such little research has been conducted on the correlation between aggressive riding habits that those are the only two groups to have been studied and subsequently compared.

Horses and humans share the same world but not the same brains. It is the brain’s job in any species to interpret what is seen and experienced to maintain survival. No matter how connected we might feel with our horses, chances are we unintentionally project interpretations onto our horses and thereby misread their subtle signs of discomfort. Take time to figure out how your horse takes in the world you both share. Reevaluate training methods that are enforced when he is “acting out”. He could just be acting on his innate flight instinct you accidentally triggered. Each brain, horse or human, shares common faculties but the personality fingerprint is ever-present in both species. You and your horse are different from other trainers and their horses. As his trainer, you have the responsibility to learn how the two of you can work together in the best way. There is no way to ask a domestic horse how he is feeling but he gives us plenty of cues and we can definitely afford to pay attention.