Put Your Trust in Gold - TulsaCW.com: TV To Talk About | The Tulsa CW

Put Your Trust in Gold

Americans’ trust in institutions, from the federal government to banks to the news media, has been deteriorating for decades. Sixty years ago, three quarters of Americans expressed faith in the government to do the right thing “most of the time” or “just about always.” Today, only one in five people, a near-record low, believes our leaders make decisions in the country’s best interest.

Just take a look at the chart below, based on Gallup polling data going back to 1973. Whether it’s newspapers, television news or, more recently, online news, Americans’ faith is steadily eroding. Last year, the percent of Americans who said they have a “great deal” or “quite a lot” of confidence in newspapers stood at a near-record low of 23 percent. Trust in television and online news was even lower. 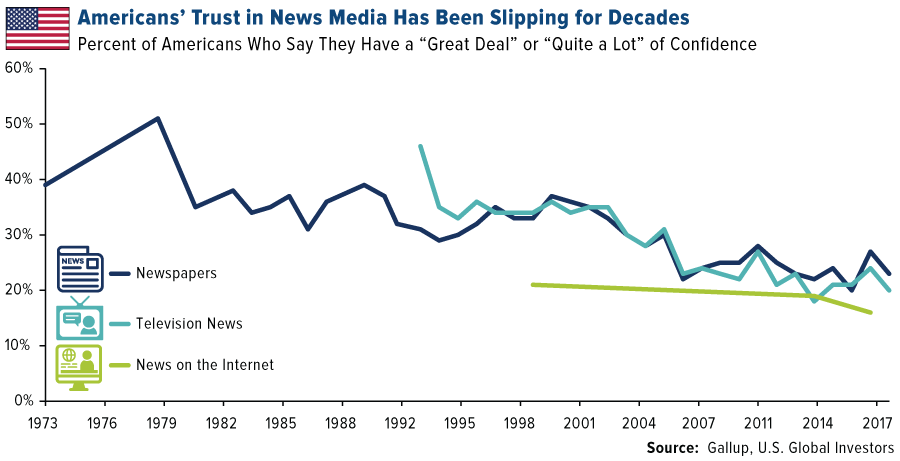 So where can you still put your trust in today’s often cynical world? Friends and family. Our churches and other religious organizations. Our jobs.

As an investor, I continue to have great faith in gold as a store of value during times of economic and geopolitical uncertainty. It’s behaved precisely as I expect it to. In response to heightened global trade concerns and weakening economic indicators, investors have piled into the yellow metal, pushing its price up for a remarkable eight straight days as of last Friday. We haven’t seen such a winning streak since June 2014, when gold traded up for 10 straight days.

Late last week, it was within striking distance of its 2019 high of about $1,356 an ounce, which should spur even more investors to get off the sidelines and participate.

Indeed, there are a number of warning signs that suggest investors should proceed with caution as the U.S. economic expansion turns 10 years old. Global manufacturing growth reversed for the first time since 2012, with the purchasing manager’s index (PMI) falling for a record 13 months in May.

This weakness turned up in the monthly jobs reports from the federal government and payroll services provider Automatic Data Processing (ADP). The Labor Department reported Friday that U.S. employment edged up only 75,000 in May, far below expectations of 175,000.

According to ADP, the U.S. added 27,000 jobs, making May the weakest month for job gains in more than nine years. I don’t know about you, but I can’t help reading this as a direct negative consequence of the White House’s escalating trade war with China and earlier threat to impose a tariff on all imports from Mexico. The U.S. goods producing sector was hit hardest, with construction losing 36,000 positions, natural resources and mining losing 4,000 and manufacturing losing 3,000. 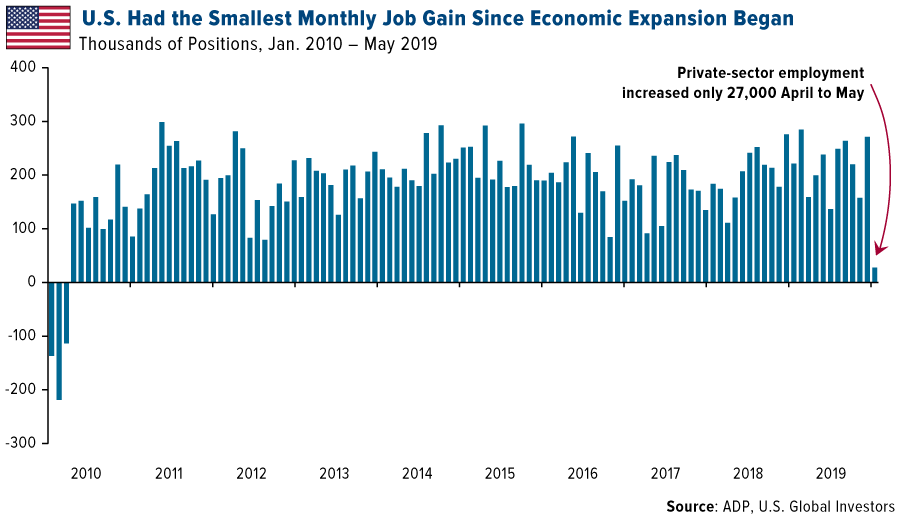 The 5 percent Mexican tariff was “indefinitely suspended,” according to Trump Friday evening, in exchange for Mexico doing more to stem the flow of illegal immigration into the U.S.

As I’ve explained elsewhere, tariffs are essentially taxes and, as such, they’re inflationary. This has historically supported the price of gold.

Besides Walmart and Costco, a number of other retailers have been telling customers and investors that prices will be going up thanks to the Chinese tariff. Discount retailer Five Below said it will likely need to raise prices on certain items above $5 for the first time. Dollar General and Dollar Tree both alerted shoppers that they will be “facing higher prices as 2019 progresses.” 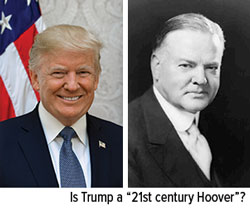 Discussing the trade war, JPMorgan’s Michael Cembalest, who hosts the “Eye on the Market” podcast, reminded listeners last week of an article written back in August 2015 by Trump’s National Economic Council director, Larry Kudlow, and former Trump pick for the Federal Reserve Board of Governors Stephen Moore. In the article, titled “Why Trump’s protectionist ways will hurt the economy,”Kudlow and Moore compared then-candidate Trump unfavorably to Herbert Hoover, the last Republican “trade protectionist.”

“Does Trump aspire to be a 21st century Hoover with a modernized platform of the 1930 Smoot-Hawley tariff that helped send the U.S. and world economy into a decade-long depression and a collapse of the banking system?” the two asked.

For better or worse, we may end up getting an answer to this question in the coming weeks and months.

What the Gold/Silver Ratio Is Telling Us

Another sign of slowing economic growth is the gold/silver ratio. This ratio tells you how many ounces of silver it takes to buy one ounce of gold. Last week it crossed above 90 for the first time in 26 years, meaning silver has not been this undervalued relative to gold since the first year of Bill Clinton’s first term. 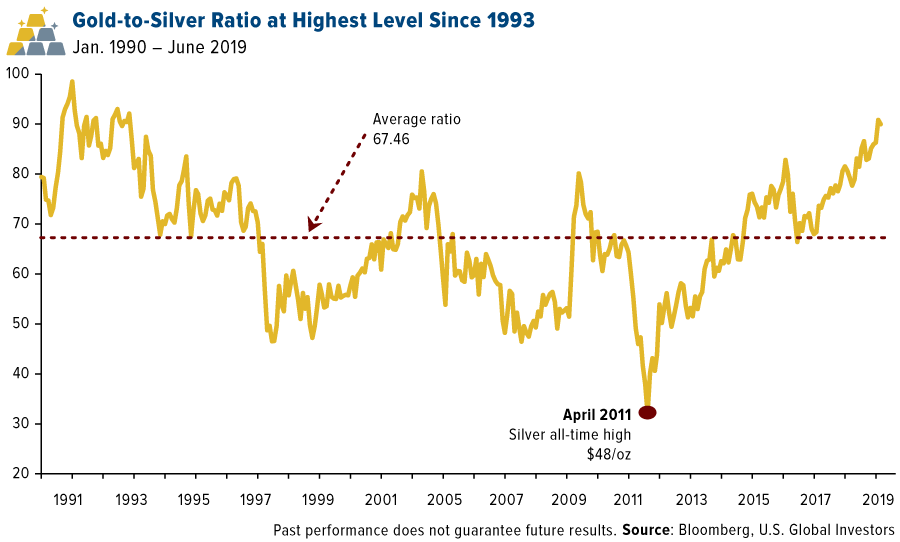 The reason this is important is that half of silver demand comes from industrial applications. When the demand cools, the price of silver falls. One of the metal’s primary uses is in semiconductors, sales of which have been slipping. According to the Semiconductor Industry Association (SIA), global sales were $32.1 billion in April, a 14.6 percent decrease from the same month last year. This is the deepest plunge since the financial crisis.

Buying silver, then, could be a contrarian play, but I recommend also that you maintain a 10 percent weighting in gold. Although the yellow metal’s price surged last week, it’s still not quite in overbought territory when you look at the 14-day relative strength index (RSI). There could be further upside potential, especially if Trump revisits the Mexican tariff.