Trumps Next Tweet Could Get a Warning Label - TulsaCW.com: TV To Talk About | The Tulsa CW 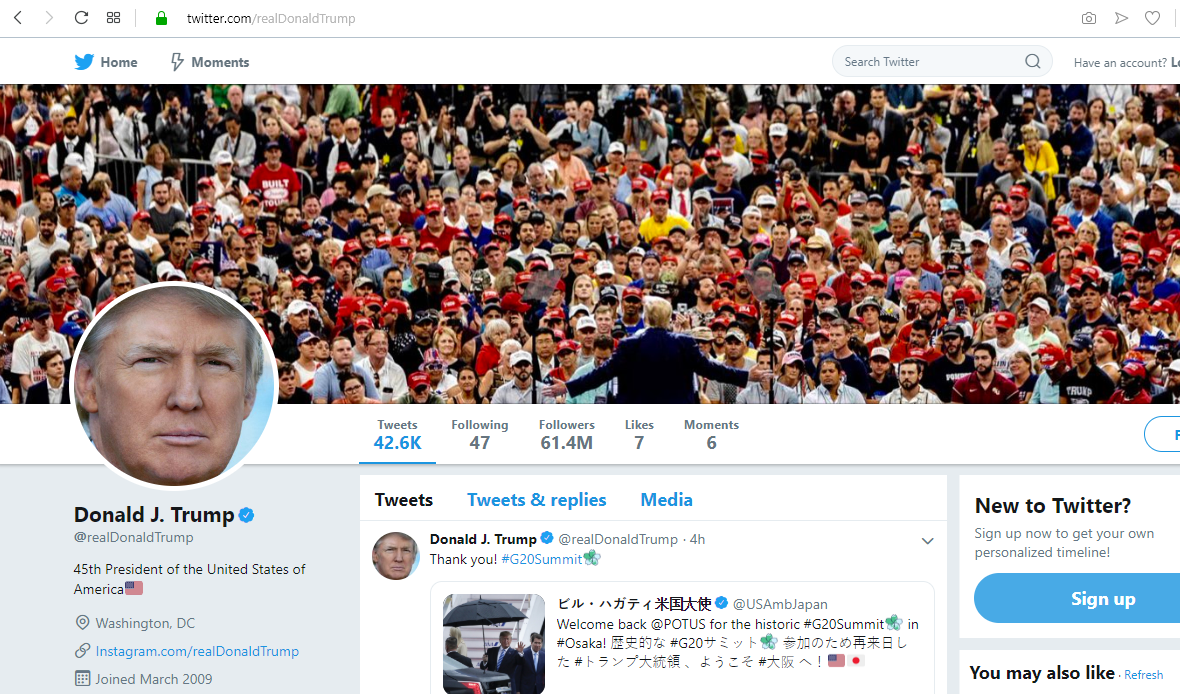 Starting Thursday, tweets that Twitter deems to involve matters of public interest, but which violate the service’s rules, will be obscured by a warning explaining the violation and Twitter’s reasons for publishing it anyway. Users will have to tap through the warning to see the underlying message.

Twitter said the new policy applies to all government officials, candidates, and similar public figures with more than 100,000 followers.

The new stance could fuel additional Trumpian ire toward social media. The president routinely complains, without evidence, that social media sites are biased against him and other conservatives.

Twitter’s rules prohibit threatening violence against a person or group, engaging in “targeted harassment of someone,” or inciting others to do so, such as wishing a person is harmed. It prohibits hate speech against a group based on race, ethnicity, gender or other categories, and disallows the threatening or promoting of terrorism.

The company has long exempted public figures from many of its usual rules, contending that publishing controversial tweets from politicians encourages discussion and helps hold leaders accountable .

But there have been longstanding calls to remove Trump from the service for what activists and others have said is abusive and threatening behavior. This week, for example, the president posted that an attack by Iran “will be met with great and overwhelming force. In some areas, overwhelming will mean obliteration.”

Trump has used Twitter to attack his enemies, issuing many tweets that may violate these policies, including calling a former staffer a “lowlife” and “dog,” tweeting a videoof himself beating up a man with a CNN logo replacing his head, and retweetingseemingly faked, inflammatory anti-Muslim videos.

Twitter said it is still possible for a government official or other figure to tweet something so egregious that it warrants removal. A direct threat of violence against an individual, for instance, would qualify.

The company said warning-label decisions will be made by a group that includes members of its trust and safety, legal and public policy teams, as well as employees in the regions where particular tweets originate.

When a tweet gets such a notice placed on it, Twitter said it will not appear in the site’s “safe search” mode, notifications tab, the explore section and other places Twitter promotes or highlights tweets.