You Can't BUYBACK Your Way to Success - TulsaCW.com: TV To Talk About | The Tulsa CW

You Can't BUYBACK Your Way to Success 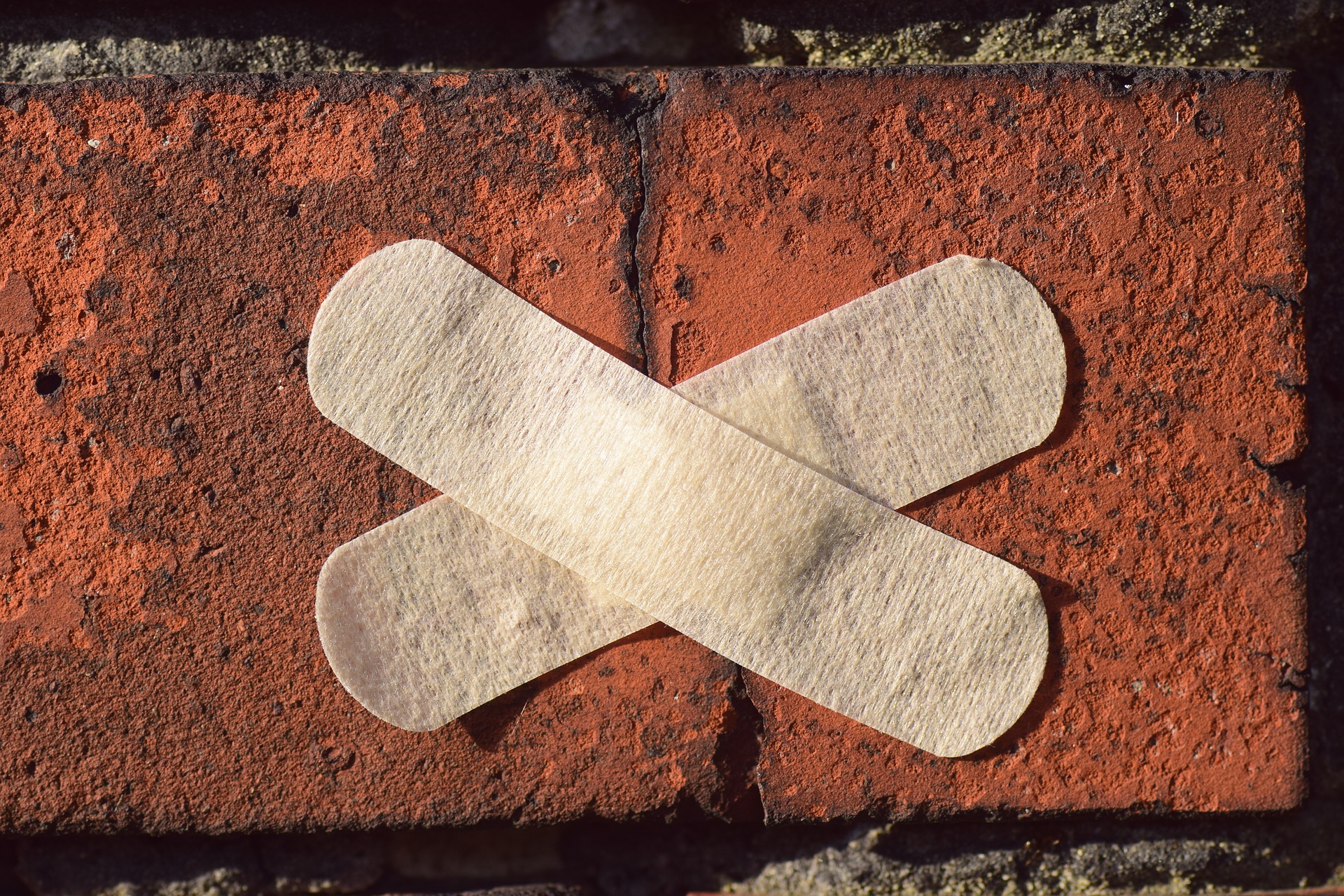 What a difference a day makes. In the space of 48 hours following a better than expected non-farm payroll report economists have flipped from glass half empty to half full. Coming into Friday's report we were looking at a 30% probability the Fed would cut rates this month by 50 basis points and 70% odds of just 25. Today 50 is all but out of the question with over 97% of economists surveyed now expecting just a 25-bps cut. It's still a Titanic change for the FOMC who just six months ago was on automatic pilot to continue hiking throughout 2019. 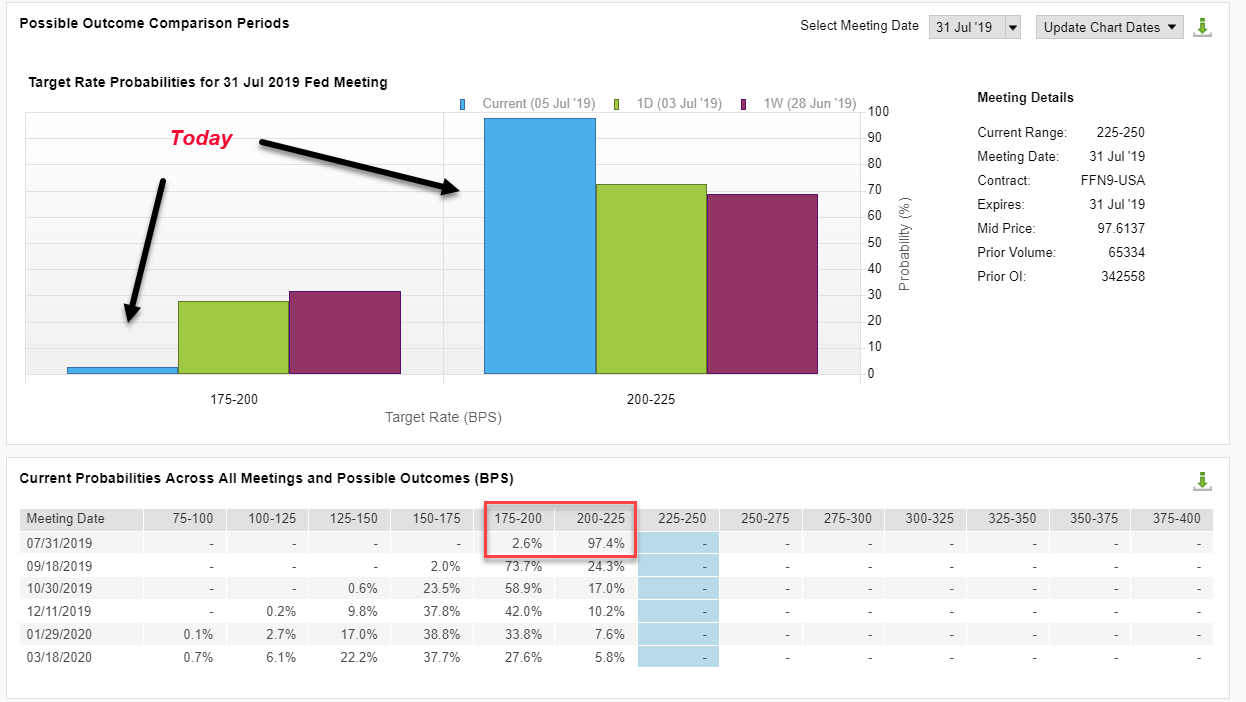 The +224,000-payroll number showed strength across the board including manufacturing, healthcare and professional services. If there's a recession lurking out there it sure isn't showing up in this data set.

As strong as this report is, it still doesn't offset some of the key concerns I've voiced over the last few weeks. I'll repeat what I discussed with CNBC anchor Dominic Chu on Friday. I need some food on my plate. While the jobs data is encouraging especially on the heels last month's disappointing payroll number, the rally this year continues to be driven by the Fed and a risk-free rate that demands higher multiples. Unfortunately, those higher multiples aren't being matched by earnings growth where estimates indicate that the 11% growth in earnings we expected early in the year could fall to low single digits. If the current trend continues it won't take much to slip to the flat line on EPS. 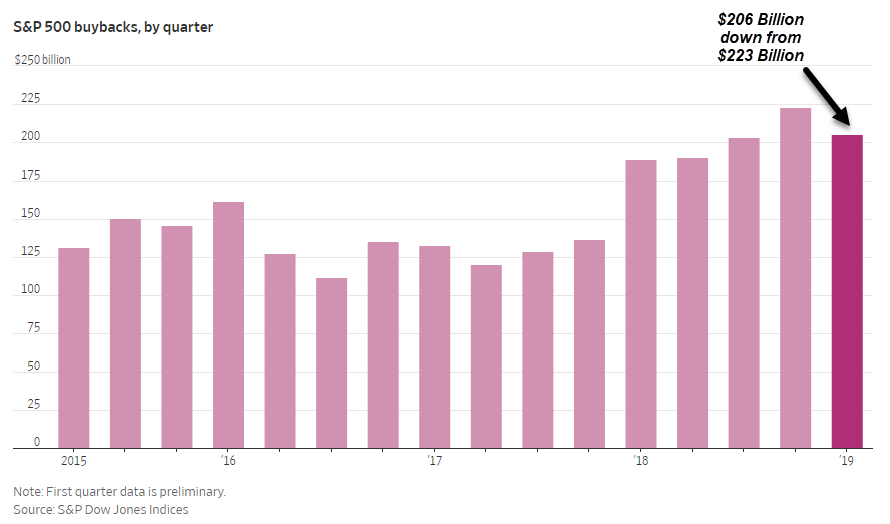 Part of the problem may lie with the following. Recent data suggests stock buybacks have slowed from record levels last year when U.S. companies bought back $800 Billion in shares. According to the Wall Street Journal S&P 500 1st quarter company buybacks came in at $205.8 Billion down from the $223 Billion in the 4th quarter last year. Nothing holds up the bottom line better than reducing the share count and has been a favorite of CEOs for the last decade. If in fact buybacks are on the decline it would at least in part help explain why estimates have been declining even in the face of robust data like Friday's Jobs report. To be fair, we still have all the usual suspects adding bricks to the wall of worry not the least of which is trade and a geopolitical landscape where every corner of the planet is a hot spot.

The Bull Bear debate on stock buybacks has been raging for the last few years with buyback bulls like JP Morgan CEO Jamie Dimon on one side and bears like yours truly on the other. Jamie believes it is an efficient use of capital putting money back in the hands of shareholders who could deploy it to other more productive investments. I believe it is all too often used by CEOs to prop up earnings in front of quarterly reports making it easier to hit their pay bonus. While not all stock buybacks are without merit, I find that it is often code from a CEO out of ideas on how to grow the company. Poster children for stock buybacks like IBM () are a shining example of this mindset where for years the company bought back stock, failing to sufficiently reinvest in the business while competitors took market share in key new platforms. To her credit, CEO Ginni Rometty has slowed down share purchases significantly buying back only $4.4 Billion last year.

Make no mistake, in the short run stock buybacks are an effective tool to help drive earnings. No matter how foolish a buyback is at least the capital is making its way back into the economy. However, it's important to remember there's little going on here other than financial engineering. Earnings per share are being artificially boosted simply because the share count is lower. It does nothing for total profits or sales. 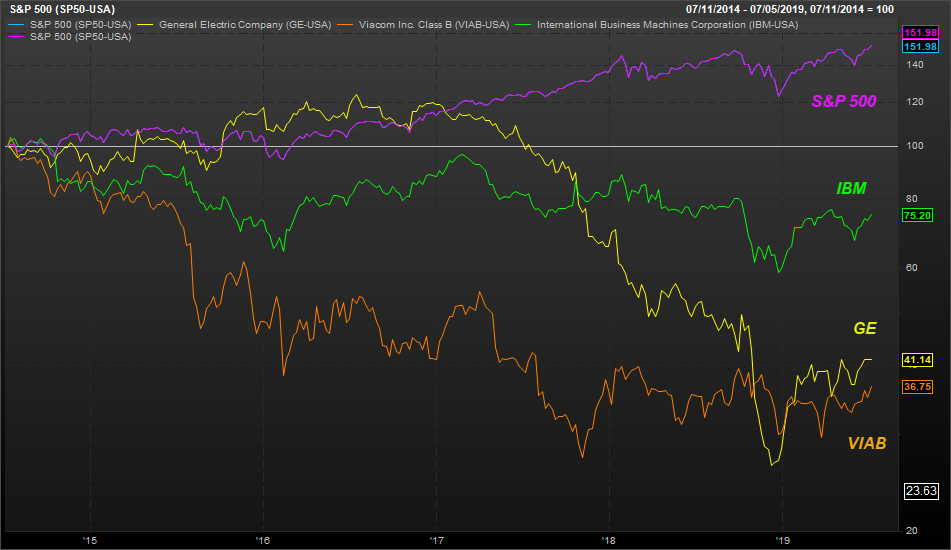 IBM isn't the only example where CEOs continued to hold up the bottom line for as long as they could with foolish buybacks at prices far higher than where they are today. Others include former CEOs Jeff Immelt of General Electric () and Philippe Dauman of Viacom () both buying $Billions in stock while share prices continued to head south. Buybacks weren't necessarily the cause of failure but certainly a symptom they were incapable of leading these once great American icons.

Look, one quarter doesn't change the trend but if in fact stock buybacks are slowing and management is about to use that cash for a more productive purpose count me in. While earnings growth may slow initially, I believe there's a long-term payoff down the road. CAPEX and R&D could all use a boost and would help keep U.S. corporations on the cutting edge better prepared for an increasingly competitive world.

*At the time of this article some funds managed by David were long VIAB and GE.