Save the Dates - The Famous 2019 Culver City Film Festival is C - TulsaCW.com: TV To Talk About | The Tulsa CW 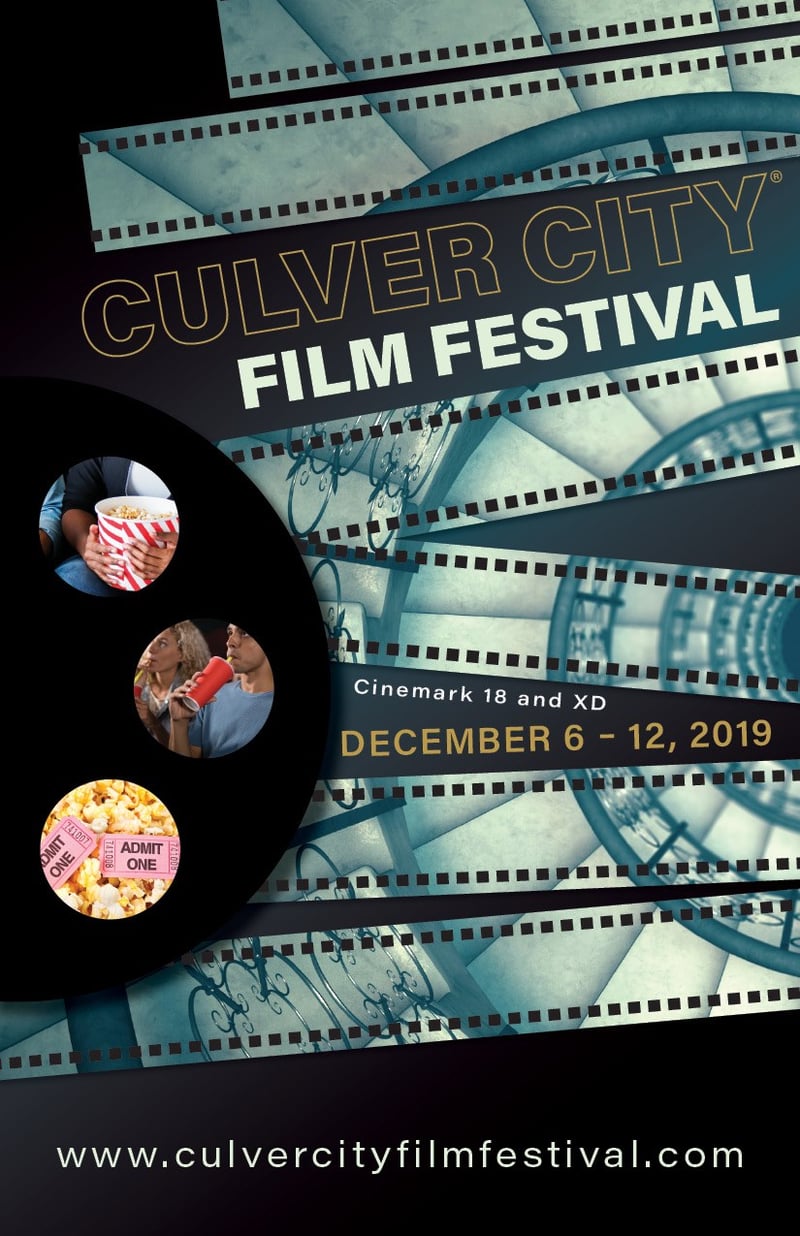 2019 Culver City Film Festival to be held at Cinemark 18 and XD, (HHLA) at The Promenade at Howard Hughes Center. Opening night ceremonies and additional festival information.

Los Angeles, CA, November 23, 2019 --(PR.com)-- The Culver City Film Festival, now in its sixth year, is well known to filmmakers and filmgoers as a professional and reputable event that promotes independent filmmaking. Festival Director Jon Gursha and Festival Programmer Peter Greene expect this year to be a tremendous success with screenings of hundreds of films from around the world. “Film Festivals inspire people to make a point and show their talents through the art of filmmaking,” said Gursha. The Cinemark 18 and XD, (HHLA) at The Promenade at Howard Hughes Center, will host this year’s event with film screenings beginning at 10 am on Friday, December 6th and will continue through Thursday, December 12th. “Filmgoers can anticipate a wide range and variety of interesting and original films,” said Greene.

The Culver City Film Festival is pleased to announce that this year’s Opener Meet-Up will take place at The Warehouse Restaurant in Marina del Rey on Thursday, December 5th at 7pm. Come early and enjoy the fun and friendly atmosphere and the opportunity to network with others. Award-winning filmmaker, actor, and producer Kirk Ryde will moderate an Actors Panel discussion beginning at 7pm featuring well known actors, writers and producers including Madeleine Wade, Kevin Caliber, Scott Butler, Karen Knotts, Carlos Ragas, and Diana Lu.

A ceremonial post-festival awards presentation will take place at The Proud Bird restaurant nearby LAX on Friday, December 13th at 8:30 pm. Festival and contact information can be located on the festival website, www.culvercityfilmfestival.com. Film submissions are open on FilmFreeway.