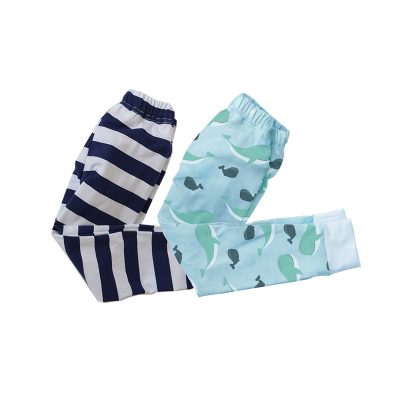 While disposable diapers have done a major service to humanity in terms of convenience, they have not been kind to the environment. Today, these diapers are ranked third of all consumer items for the amount of space that they occupy in landfills. But Peejamas is changing that with their designer pajamas for children that help kids night potty train while minimizing the need for disposable nighttime diapers.

Peejamas, which got its start through Kickstarter, has been recognized as the crowd-funding platform’s most successful child apparel product ever launched. These soft and stylishly-designed pajamas are an alternative to disposable diapers for children who are learning to potty train or those who have mastered daytime training but still need extra help at night.

The company’s founder, Craig Hammond, said that in less than two years that Peejamas have been on the market, they have prevented 13 million disposable diapers from going to landfills across the country.

“This is an exciting benchmark for us,” said Hammond. “We designed this product to lighten the financial load on parents of small children as well as the strain on the environment. It’s gratifying to see that happening in a meaningful way.”

Parents pay over $2,000 during the course of their child’s potty training journey, and that doesn’t include nighttime diapers, which cost around 50% more than standard diapers. Peejamas can help reduce that figure while reducing strain on the earth.

“In two years, the average baby wearing disposable diapers will create about 2,000 pounds of garbage,” said Hammond. “Peejamas give the earth a reprieve from this toxic waste.”

Hammond pointed to the following statistics to make his case for reusable Peejamas:

“This is not a road we can continue on without significant repercussions,” said Hammond. “We’re seeing a movement away from reliance on disposable diapers, and we’re proud to be part of it.”

In addition to being easy on the environment, the pajamas are easy on kids’ skin. They are created from Oeko-100 certified fabrics that are 100% safe and are not soaked in fire-retardant chemicals that have been associated with health challenges in kids.

Peejamas have earned many accolades as an innovative, eco-friendly variation of nighttime training pants. Parents magazine called them a “win, win” for parents and children, and BabyCenter billed them as a “dream come true.” They have also been featured in USA Today and on mom.me, ABC, CBS, NBC, and FOX news.

To learn more about Peejamas and their mission to save parents money, help with potty training, and save the earth, visit www.peejamas.com.

Peejamas are nighttime training pants that are an alternative to disposable diapers. Meant to support children with nighttime incontinence or to get over that final hump of potty training, Peejamas are made with kids in mind.