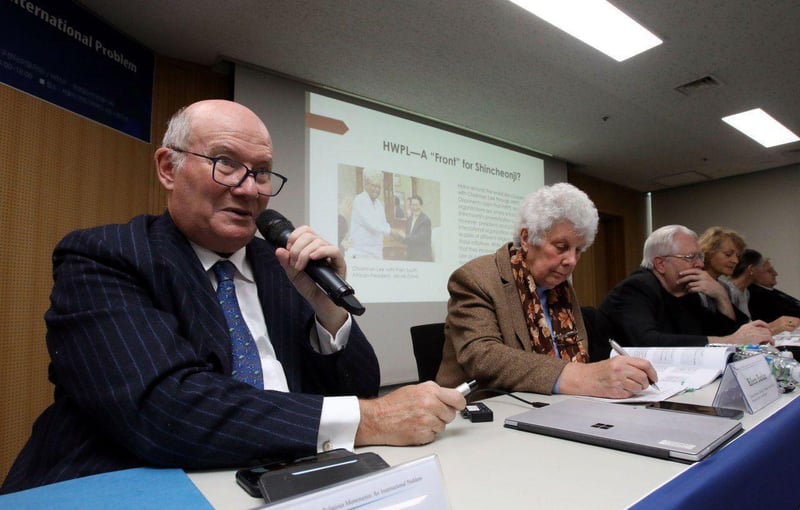 On 19 November The Center for Studies on New Religions (CESNUR) based in Turin, Italy and Human Rights Without Frontiers (HRWF) based in Brussels, Belgium hosted a conference on human rights titled, “Intolerance and Discrimination Against New Religious Movements: An International Problem.”

This seminar was held in Seoul, South Korea and sought to help protect the rights of religious minorities targeted by majority groups, particularly in the context of anti-human rights situations such as forced conversion that occurs in Korea.

Forced conversion, also known as “Deprogramming,” is a social issue that violates human rights. Often members of religious groups labeled as “cults” are kidnapped and detaining by their opponents to compel more hem to abandon their faith.

At the conference than 80 participants reviewed the current situation of forced conversion and discussed solutions on how to defend the freedom of religion and human rights of targets of coercive conversion. Participants included legal experts, journalists, and representatives of civil society organizations.

Massimo Introvigne, Managing Director of CESNUR noted forced conversion is conducted through the mainstream by saying, “Korean deprogrammers are specialized pastors from the mainline churches, most of them Presbyterian."

According to the 2018 US State Department report by the Office of International Religious Freedom, Section III. Status of Societal Respect for Religious Freedom in South Korea, “In January, following reports that parents killed their daughter while attempting to force her to convert from what the parents viewed as a cult to their own Christian denomination, 120,000 citizens gathered in Seoul and elsewhere to protest against coercive conversion, reportedly conducted by some Christian pastors.  The protesters criticized the government and churches for remaining silent on the issue and demanded action.

In regard to the multi-dimensional strategy to solve such phenomenon, Willy Fautr, Founder and Director of HRWF stated several suggestions; pointing at the responsibility of the leadership of the Presbyterian Church which tolerates, endorses, and maybe encourages such a practice; developing advocacy at the UN and in organizations defending freedom of religion; prosecuting those who encourage people to perpetrate an act of abduction and confinement.

On 24 July a letter to  the South Korean President, Moon Jae, was presented. It stated “South Korea may well be the last democratic country in the world where deprogramming is still tolerated.” It also urged the President to “investigate in-depth accusations of forcible deprogramming, put a stop to this atrocious practice, and hold those responsible fully accountable.” It was signed by representatives of 15 international NGOs including CAP-LC and HRWF.

South Korea was elected to serve a 5th term on the United Nations Human Rights Council on 17 October 2019. The South Korean mission to the UN stated it plans to “participate in the international efforts to respond to human rights crises around the world.” Participants of the conference urge the Korean government to respond to the issue of human rights violations associated with forced conversion affecting their own people domestically before attempting to solve issues abroad.