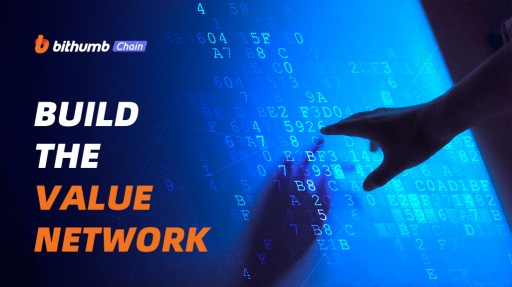 SEOUL, South Korea - December 3, 2019 - (Newswire.com) - In the recent past, on November 21st, 2019, the South Korean parliament approved legal amendments to meet international regulatory standards. The Value Network Domain Name System (VDNS) is especially developed by Bithumb as an identity authentication system is an effort to comply with global requirements.

In a bid to ensure that cryptocurrency virtual assets-handling companies in South Korea are in compliance with the recommendations of the International Anti-Money Laundering Organization, Financial Action Task Force (FATF), amendments to the Act on Reporting and Use of Specific Financial Information have been revised by the Amendment Subcommittee on Parliamentary Affairs from the National Assembly, the legislative body of South Korea.

The amendment comes with the new Special Financial Transaction Information Act, which is backed by the Korean Blockchain Association. This officially brings the cryptocurrency sector under the purview of the local mainstream economy. More importantly, real name virtual bank accounts are now a mandatory requirement. The exchanges and its representatives are also now under the purview of the Financial Commission's Financial Information Analysis Institute (FIU) and report directly to them. According to the approved revisions, noncompliance could result in a 5-year jail term including a fine of up to 50 million Won ($42,000 US Dollars).

South Korea’s cryptocurrency industry faces stifling restrictions, more notably, after January 2018, when the Financial Services Commission cracked down against anonymous virtual accounts, tagging large transaction volumes as potential money laundering targets, leaving only a handful of cryptocurrency exchanges permission to have commercial bank accounts and continue operations, Bithumb being one. With South Korea accounting for nearly 20% of the world's cryptocurrency transactions, this niche industry was severely affected when banks put an end to the practice of the limitless operation of only virtual accounts for its cryptocurrency-using customers.

Bearing in mind the need to simplify on-ramping onto the cryptocurrency world for new businesses and the general public alike, Bithumb Chain's Value Network Domain Name System (VDNS) was built to serve as an identity authentication system. With Bithumb Chain's VDNS system, every on-chain address is entitled to one top-level domain with a domain name of up to 32 characters. The VDNS system offers users to issue non-public proofs on the blockchain, and a way to authenticate such proofs against the issuer's domain name linked to their addresses, thereby meeting the demand for transactional privacy as per FATF requirements as well.

Bithumb Chain is designed to be a multifaceted solution targeted to solve various on-ramping issues in the cryptocurrency world serving as a bridge between various off-chain and on-chain services, products, and infrastructure. Bithumb Global is presently one of the leading cryptocurrency exchanges of South Korea and the world.