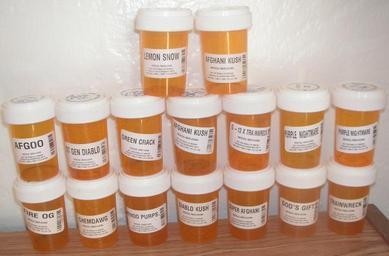 PISCATAWAY, N.J. - December 4, 2019 - (Newswire.com) - Young adults who seek enrollment in state medical marijuana programs are often those who already use heavily rather than those with health issues that could be addressed by the drug. That’s according to new results published in the Journal of Studies on Alcohol and Drugs.

“Making medical marijuana cards easy to obtain for vaguely defined mental or physical health conditions that are not supported by any research evidence has potential for those who use more heavily to claim need for a medical marijuana card solely to have easier access,” says lead author Eric R. Pedersen, Ph.D., of the RAND Corporation in Santa Monica, California.

The researchers analyzed data from a long-term study of substance use prevention in California. Participants were followed from middle school through young adulthood. The current analysis contained data from 264 participants who were 18 to 20 years old in 2015 to 2017, when medical marijuana was legal in California but before outlets in that state were allowed to sell legal recreational marijuana in 2018.

At the start, participants had to have used marijuana at least once in the past month, but none had obtained a “medical marijuana card,” which would allow them to buy and use the drug. Both initially and one year later, they were asked about their marijuana use, symptoms of depression and anxiety and physical health problems.

After one year, 19 percent of participants had sought out and received a medical marijuana card. Overall, men were 2.91 times as likely as women to have received a card at follow-up.

In addition, for every additional day of marijuana use at the beginning of the study, the odds of receiving a medical marijuana card increased seven percent one year later. After statistically controlling for confounding variables, the authors found that physical and mental health problems at baseline (i.e., the problems ostensibly one would seek a medical marijuana card for) were not significant predictors of receiving a card in that follow-up period.

“Many individuals ... struggle with legitimate medical and psychological concerns that can benefit from medical marijuana,” according to the authors. In California, the qualifying conditions include chronic pain, glaucoma and seizures, among others. However, the law is also general enough that providers can recommend the drug to patients with “any other chronic or persistent medical symptom” that may limit “major life activities.”

Pedersen adds that providers should consider reviewing types of symptom management other than, or in addition to, medical marijuana and look for signs that the drug has impacted patients in a negative way.