Speaker and Author Charlotte T. Iserbyt to be Featured on CUTV N - TulsaCW.com: TV To Talk About | The Tulsa CW

Speaker and Author Charlotte T. Iserbyt to be Featured on CUTV News Radio 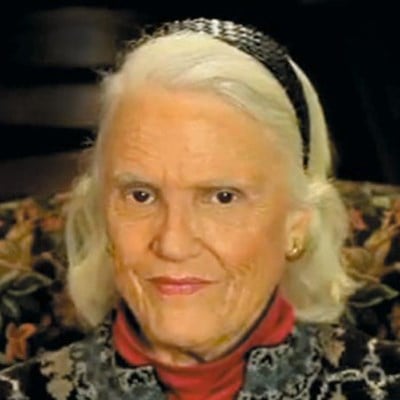 DRESDEN, MAINE, UNITED STATES, December 4, 2019 /EINPresswire.com/ -- The concept of One World Government is mind numbing but chillingly all too real. The future totalitarian police state is being implemented as I write. See latest CNN report on Russian bombers at bases off of Venezuela, ready to strike the United States at any time, if the USA does not conform its policies to Russian/Chinese totalitarian plan to run the globe under an international police state. One world government, or New World Order, (UN Agenda 2030) is culmination of plans emanating from sinister secret societies, such as Yale Universitiy's Order of Skull and Bones, and the more open international groups such as the Council on Foreign Relations, Trilateral Commission and Bilderburger groups.

Members of above groups, of sinister secret societies such as the Order of Skull and Bones, Yale University, Illuminati, have been involved in the goal of international govenment since the eighteenth century (Bavarian Illuminati) and further back in history. The goal is corporate/communist global control using a police state to enforce its edicts towards socialism and communism.

One has only to read the history provided by the late Professor Antony Sutton, especially his book "How the Order Controls Education" to get a complete picture of the who, what, where, and how regarding this satanic agenda and how the agenda has been kept secret from the American people by the controlled media. The names of the creators of the future (now) nightmare (billionaires such as Carnegie, Rockefeller, et all) pop out from every page of Sutton's books.

Charlotte Iserbyl, former Senior Policy advisor to the U.S. advisor Department of Education, has been tirelessly keeping us abreast of the truth having discovered a dark plot during her time in the educational system. How we have been and are being diabollically and systematically brainwashed. In her compelling well documented book The deliberate Dumbing down of America Charlotte reveals how the traditional American public education system was highjacked in the early 1900’s,primarily by the Carnegie Corporation, from strong academics (upward mobility for your child) to education geared to training your children for the workforce, to spin off profits for the global elite, and preparing students for life in a totalitarian world government. This agenda is fast approaching completion.

"We have a dumbed down society that has been victimized and its very serious and we need to take heed," warns Charlotte.

In 1991 speech, at the end of Gulf War I, President Bush stated “This is the beginning of The New World Order.” President George H.W. Bush, Republican, is just one of many U.S. Presidents who believed in and advocated One World Government.

Planning for the present NWO agenda has been in effect for hundreds of years. Labels are continually changing. It is presently known as UN Agenda 2030. It is being implemented under the guise of Regional Government (the merger of the public and private sector...corporate fascism) It allows for an unelected form of government. This partnership is also known as COMMUNISM.

Besides her book, Charlotte also urges us to read the eye opening book Tragedy and Hope by Carrol Quigley, historian for the globalist Council on Foreign Relations, in which Quigley states that the industrialists in the late eighteen hundreds got together and decided that in order to implement global government they would have to control both political parties at the top so when we peons go to the polls and pull the lever for who "we" want, we will in effect get who "they" want.

Through her well-informed detailed videos, interviews Charlotte documents every single fact and truth. Charlotte got herself fired when she, as Sr. Policy Advisor in the Reagan Dept. of Education, blew the whistle on tax-funded development of Marxist (brainwashing) educational programs which ultimately were implemented in all schools of the nation.

Charlotte's latest article at www.deliberatedumbingdown.com relates to lifelong "communist" Community Education and brainwashing and the community oriented policing system (COPS) being implemented across the nation, by unconstitutional PUBLIC/PRIVATE partnerships.

The wealthy industrialists, in bed with the government, will own and control every aspect of our lives.

Most people prefer to go about their everyday life and, if they happen to find out about this satanic agenda, dismiss it as nonsense.

Read Antony Sutton's remarkable books (above link) and Charlotte's "out-of-print" deliberate dumbing down of America (a free PDF on the Internet). Take the necessary steps towards returning our nation to the protections (life, liberty, and the pursuit of happiness) guaranteed Americans under the U.S. Constitution and Bill of Rights.

Listen to the show on BlogTalkRadio

For more information on our guest please visit www.deliberatedumbingdown.com