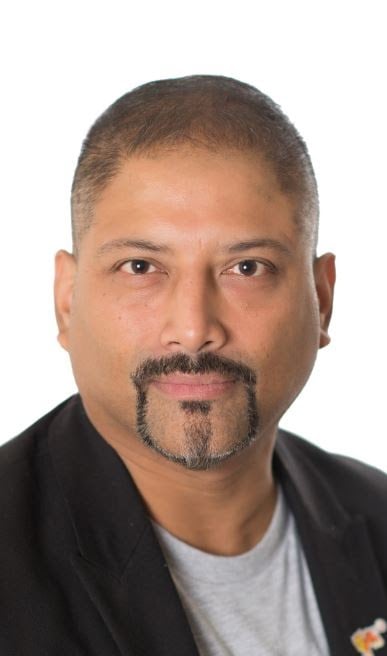 I believe American Esports will be poised to help young players realize their dreams to maximize their own innate potential while simultaneously learning core skills useful for a lifetime..”
— Vijay Lakshman
BETHESDA, MARYLAND, UNITED STATE, December 5, 2019 /EINPresswire.com/ -- American Esports today announced that Vijay Lakshman joins the organization as their Chief Technology Officer with a focus on maintaining American Esports’ leadership position in technology and innovation in the world of competitive esports. Mr. Lakshman has had a dynamic career spanning over 30 years, achieving significant results in new product innovation and generating billions in revenue across the global markets of video games and interactive education.

“Vijay is a verifiable genius, with skills and knowledge across an extremely wide range of subjects. His expertise in developing successful products, and his intrinsic understanding of the experiential reality space including AR/VR will be fundamental to our success,” stated Dani Canubas, CEO & Founder.

As the former Vice President at Vivendi / Universal Games, Vijay’s endless enthusiasm mixed with a fundamental expertise in software development methodologies brought triple growth to VUG’s revenues year over year. Subsequently, as Executive Director of National Geographic Games, Vijay oversaw the emergence of casual gaming using NatGeo’s back catalogue, cumulating in the launch of Animal Jam, one of the fastest growing massively multiplayer online games with over 160 million registered players to date. Because of Vijay’s positive energy, integrity, and his grasp of software development best-practices, he was named a finalist for the 2018 Leadership Award by Bernard Wealth Management.

“I’ve always wanted to change the way we teach our kids relevant 21st century skills. The explosion of esports has highlighted the need for the lessons I’ve learned in the crucible of online gaming. I believe American Esports will be poised to help young players realize their dreams to maximize their own innate potential while simultaneously learning core skills useful for a lifetime, regardless of their gender, economic or social status.” stated Vijay.

Founded in 2017, American Esports empowers casual players with venues, coaching and tournament play, and connects them to a community where they can learn, grow, and compete. The Company builds regional esports hubs and develops academic esports programs and gaming centers in high schools and colleges; provides turnkey gaming products and services; and establishes leagues for amateur players competing for institutions, corporations and the military.

Whether for entertainment, competition, or to bridge the gap between competitive gaming and education at the high school or collegiate level, American Esports is committed to providing a lasting and positive impact on the esports industry. www.americanesports.net

###
If you would like more information about American Esports, please contact Jacqui Higgins at 410.266.3042 or email jacqui@americanesports.net