The Hardy Boys and Nancy Drew Join Forces in the 21st Century - TulsaCW.com: TV To Talk About | The Tulsa CW 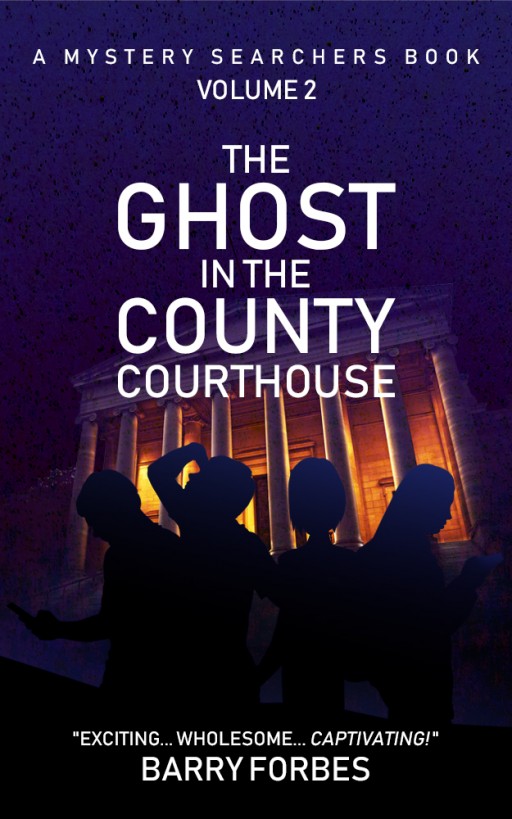 TEMPE, Ariz. - December 5, 2019 - (Newswire.com) - Barry Forbes a noted author, film and video scriptwriter and founder of a market-leading technology company decided to find out what could happen if the Hardy Boys and Nancy Drew formed a partnership. Three years in the making, Forbes has created a fictional series called The Mystery Searchers: four high schoolers tackle mysteries and the bad guys in their rugged hometown of Prescott, Arizona. The Middle Grade and Young Adult category series targets 11-15 year-olds.

Sixteen-year-old twins Tom and Suzanne Jackson join forces with best friends Pete and Kathy Brunelli, brother and sister. It helps that the twins’ father is Prescott’s chief of police who encourages the mystery searchers at every turn of the mystery. There’s also a supporting group of colorful characters, including Detective Joe Ryan, who’s mantra is to never give up and assists the foursome at just the right moment; Heidi Hoover, the pert, fast-talking reporter for Prescott’s local newspaper who plays a role in every mystery; and, of course, a handful of dangerous culprits who threaten the good citizens of Prescott in nefarious ways.

Prescott itself significantly adds to the series with such famous real-life draws as Yavapai County Courthouse (imagine the courthouse in Back to the Future), Whiskey Row, deep forests, high desert, mysterious mountains, and the nearby Skull Valley. Other interesting points-of-interest are fictional for example, the railway yards at Deception Gap (they don’t exist).

It helps, too, that Forbes wrote a series that he headlines as wholesome.

“There’s no romance, sex or cursing. The four mystery searchers aren’t perfect; they bicker with one another and get in each other’s hair, and sometimes they freak out their parents. But they’re good teenagers who work hard at whatever comes their way.”

That includes classic old mysteries with such titles as The Ghost in the County Courthouse and The Treasure in Skull Valley. The first five books are now available on Amazon in paperback and on Kindle. Book six, The Vanishing in Deception Gap, is scheduled for release in March. The series is open-ended and other books are in the planning stages.