Reuben's Brews Named a Rising Star in the 2019 Brewbound Awards - TulsaCW.com: TV To Talk About | The Tulsa CW

Reuben's Brews Named a Rising Star in the 2019 Brewbound Awards 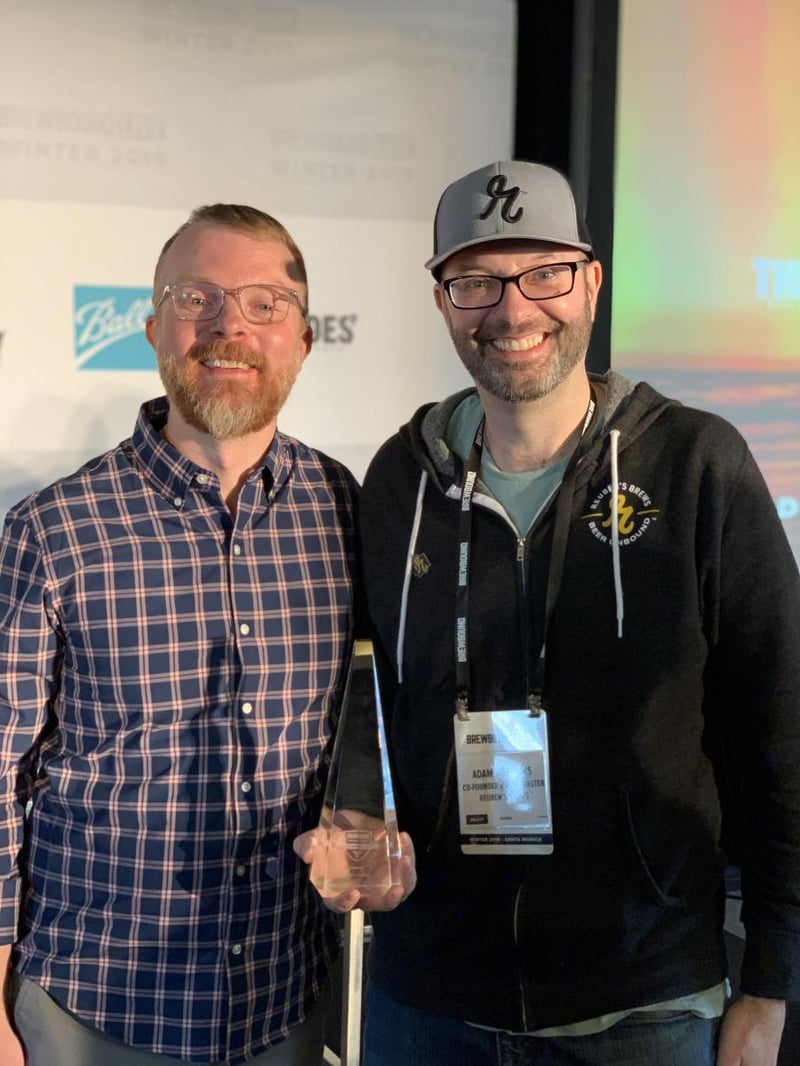 This award is a testament to our team’s hard work and dedication to craft, which has guided our thoughtful expansion path as well as our innovative, creative lineup of beers.”
— Adam Robbings, Co-Founder and Brewmaster at Reuben’s Brews
SEATTLE, WASHINGTON, USA, December 5, 2019 /EINPresswire.com/ -- Reuben’s Brews, a family-owned and operated Pacific Northwest Brewery, has won a Rising Star Award at the annual Brewbound Awards. The 2019 winners were announced at the Brewbound Live conference on December 4. The Brewbound Awards and class of Rising Stars highlight some of the most successful beer brands in the United States.

“We are honored and humbled to have won the Rising Star Award out of almost 8,000 craft breweries in the United States,” said Adam Robbings, Co-Founder and Brewmaster at Reuben’s Brews. “This award is a testament to our team’s hard work and dedication to craft, which has guided our thoughtful expansion path as well as our innovative, creative lineup of beers. We’re thrilled to share our success and this recognition with the entire Reuben’s Brews team.”

First launched in 2014, the Brewbound Awards acknowledge breweries for their execution of various sales, marketing and philanthropic initiatives. The awards recognize large and small beer companies, as well as notable industry figures, for their impact on the industry. Brewbound’s recognition of Rising Stars is meant to acknowledge up-and-coming companies that are thriving and differentiating themselves in an ultra competitive business climate.

“Adam and Grace Robbings are building a brand to watch in one of the most competitive craft beer regions in the nation,” said Brewbound editor Justin Kendall. “Brewbound is honored to recognize the work of Adam and Grace, as well as their entire team at Reuben’s Brews, by adding them to the 2019 class of Rising Stars.”

Reuben’s Brews opened its original Seattle-based brewery and tasting room in 2012, after Adam Robbings’ award-winning homebrewing career and has been growing ever since. Now Reuben’s Brews is one of the fastest growing top 25 breweries in the state of Washington. With two tasting rooms, the brewery continues to win fans with its expansive selection of balanced, award-winning beers.

Adam and Grace Robbings opened Reuben’s Brews in 2012, after an award-winning homebrewing career, naming the brewery after their first child, Reuben. At our family brewery we brew from the glass backwards: designing each beer with intention, unbound by constraints. We know making that extra effort is worth it. From your everyday favorites beers to our innovative new releases, we help you grow your love of beer. Reuben’s Brews. Beer Unbound.

Find Reuben’s Brews in the Pacific Northwest, at its Taproom located at 5010 14th Ave NW in Ballard, open seven days a week 11am 10pm, or the recently opened Brewtap at 800 NW 46th St. in Seattle from Thursday Friday, 3pm 10pm, and Saturday Sunday, 12pm to 10pm. For more information, visit www.reubensbrews.com or follow on Facebook, Twitter, and Instagram (@reubensbrews).