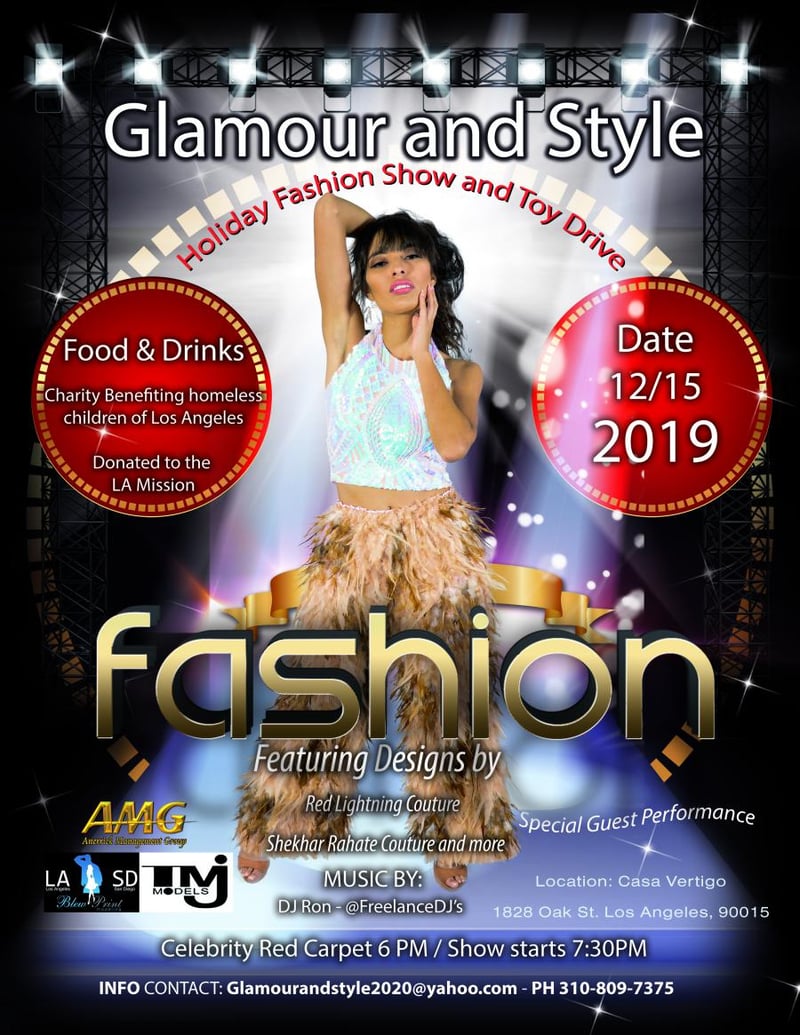 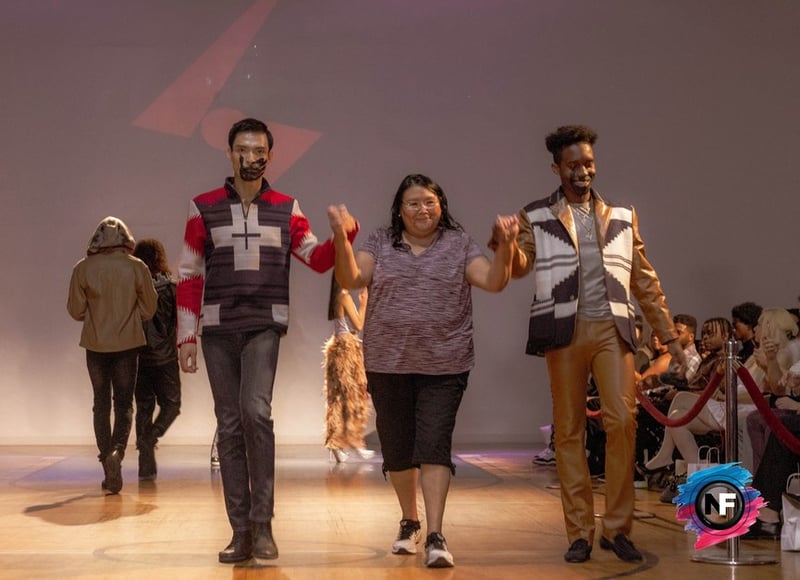 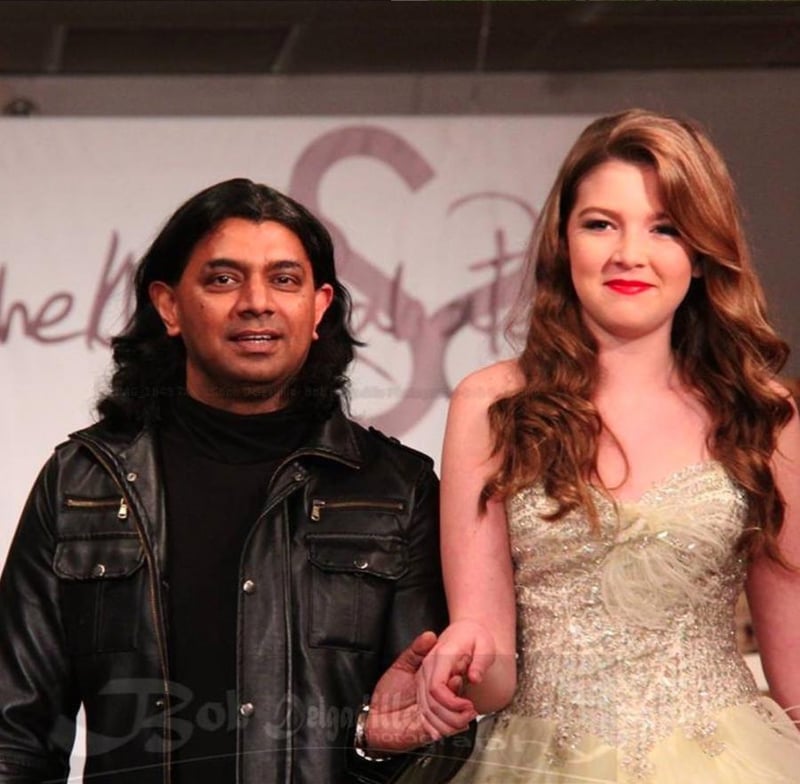 Glamour and Style is a charity fashion event with a toy drive to benefit homeless children in LA and pay tribute and heighten awareness to the missing and murdered indigenous women and girls movement.”
— Derrick Hutchinson, CEO for AnerrickManagement Group
LOS ANGELES, CA, USA, December 6, 2019 /EINPresswire.com/ -- The Los Angeles Fashion Community invites the public to an evening of global fashion creativity while giving back to the vulnerable populations in Los Angeles and to bring awareness to a national crisis affecting indigenous women and girls.

The show features International Fashion Designer Darlene Perkins, the founder of Red Lightning Couture, who has designed and dressed Taboo of The Black-Eyed Peas and Pat Vega of Redbone. As an advocate of the missing and murdered indigenous women movement, Perkins' models' mouths are covered to symbolize the way an attacker would cover an individual's mouth to keep them from yelling and silence their cries for help. Perkins, a member of the Mandan, Hidatsa and Arikara Nation, works tirelessly to bring awareness and education about an issue that affects indigenous communities across the country.

Adding to the fashion extravaganza is Indian-American Fashion Designer Shekhar Rahate, founder of The Rahate Collection, known for haute couture gowns of exotic fabrics, intricate details and ornate colors. His one-of-a-kind gowns have appeared on the red carpet at the Emmy's, Oscars, and the Cannes Film Festival. Rahate is the only designer in history to show at the United Nations General Assembly Hall where 450 delegates from across 192 nations witnessed his work.

The collaboration of fashion producers, designers, models, performers, under the shingle "Glamour and Style" have come together to create components that inspire fashion, art and entertainment. This year, Glamour and Style have selected the Los Angeles Mission as the recipient of its charitable donation. Attendees are encouraged to bring an unwrapped toy with a value of at least $5.

"Glamour and Style is a charity fashion event and toy drive to bring holiday joy to homeless children in LA and pay tribute and heighten awareness about the missing and murdered indigenous women and girls movement," said Derrick Hutchinson, CEO of the Anerrick Management Group. "According to the Los Angeles Homeless Services Authority more than 3,000 youth under the age of 18 are homeless in the City of Los Angeles and we don't want them forgotten during the holidays."

Representing the Los Angeles Mission will be Operations Manager Kimberly Battaglia. "We are honored to be this year's recipient," she said. "As well as introduce two extraordinary women, at the event, who are on their way to rebuilding their lives through the Los Angeles Mission so that they may be inspired to pursue their dreams."


About the Los Angeles Mission
Los Angeles Mission strives to be a world leader among missions that provide for the poor, restore the addicted and eliminate homelessness. The organization sees each individual as a spiritual person of worth and dignity and worthy of assistance in their journey. Its vision is to see individuals and families set free from addictions and homelessness, transformed by God to become physically and spiritually healthy; educationally equipped to participate in society and sustain housing; and encouraged to create relationships of love and service to others. They seek to help those who have been abused and neglected to find a better life. They seek to help those who have become addicted to understand their addictions, to expect physical healing and to live in ways that are healthy to the soul, mind and body.

About Casa Vertigo
Centrally located in the heart of Los Angeles Casa Vertigo is known for being one of the most versatile venues in Los Angeles, with 4 floors, 88,000 square feet of space, VIP Mezzanines and a 360 degree panoramic roof top view of LA.