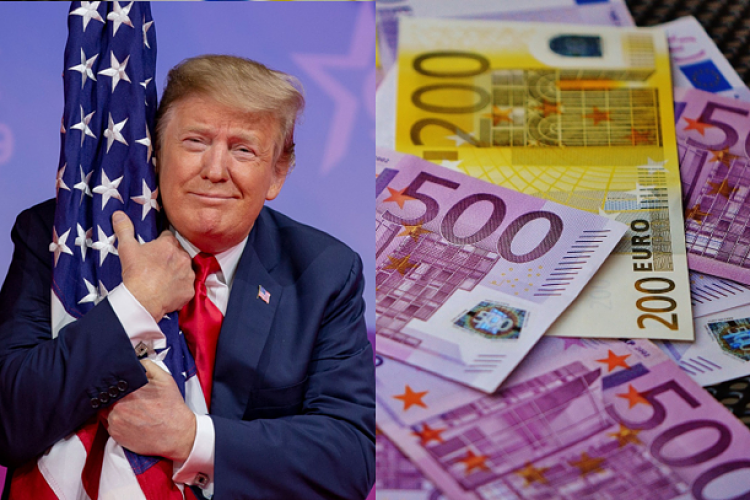 Will the US Treasury intervene to weaken the US dollar? That is what some analysts are speculating after US President Donald Trump complained about China and Europe manipulating their currencies gaining an unfair advantage and tweeted "We should match."

At the moment, currencies ignore his words. EUR/USD is trading below 1.1300 in a narrow range as bond yields on sides of the Atlantic continue falling in tandem. The coordinated fall limits movements in EUR/USD. US 10-year Treasury yields have settled below 2% while German 10-year bund yields are close to -0.40% the European Central Bank's deposit rate.

ECB officials will speak later today. Chief Economist Phillip Lane and Vice President Luis de Guindos are on the docket today. Investors are digesting the nomination of Christine Lagarde, Managing Director of the International Monetary Fund, to lead the Frankfurt-based institution. Lagarde who will likely be dovish is not trained as an economist and may rely on Lane for advice, thereby raising his influence.

Markets will also be gearing up to Friday's all-important US Non-Farm Payrolls report. Wednesday's economic release from the world's largest economy all fell below expectations. ADP Non-Farm Payrolls rose by only 102K in June, the ISM Non-Manufacturing PMI slipped to 55.1 points, and factory orders dropped by 0.7% in May.

On the trade front, the US and China have scheduled a telephone conversation for next week kicking off negotiations that they agreed to resume. The topic is currently on the backburner. 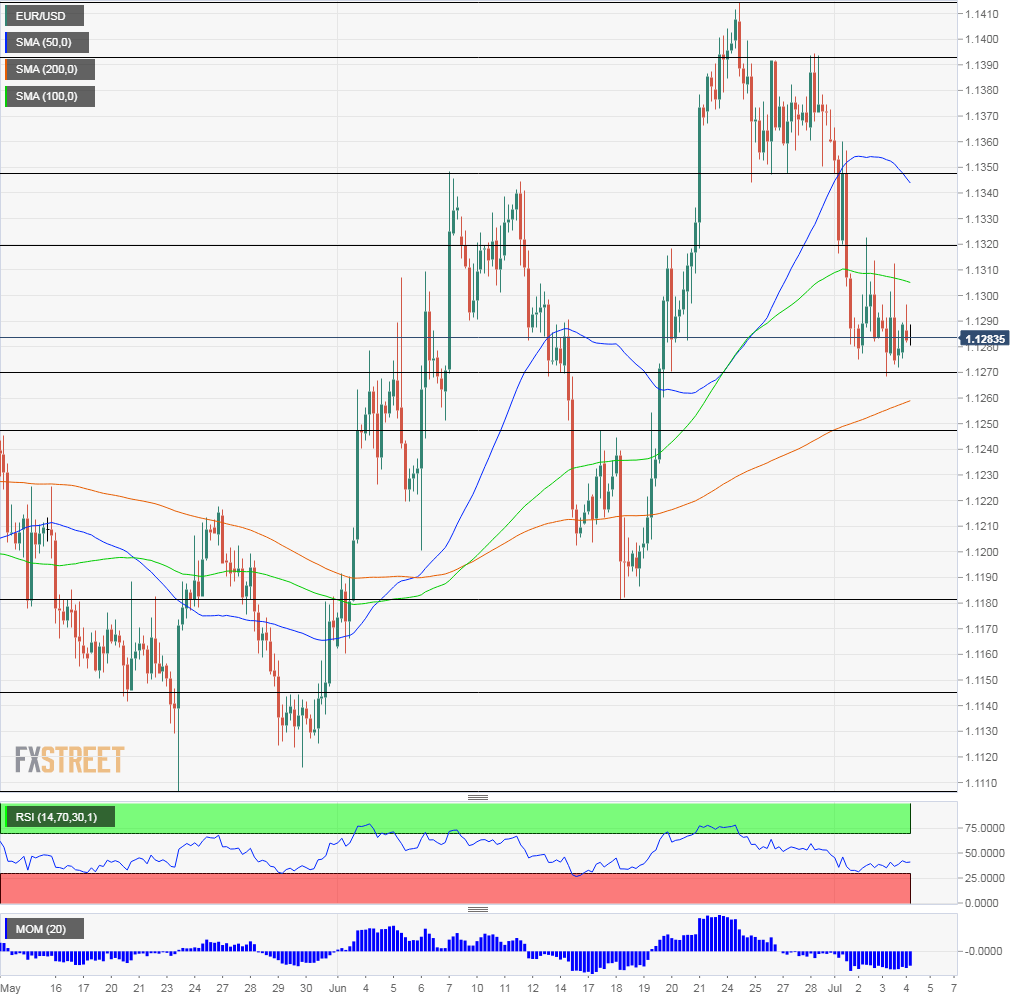 EUR/USD is suffering from downside momentum on the four-hour chart, and the Relative Strength Index is leaning lower. The world's most-popular currency pair is trading below the 100 and 50 Simple Moving Averages.