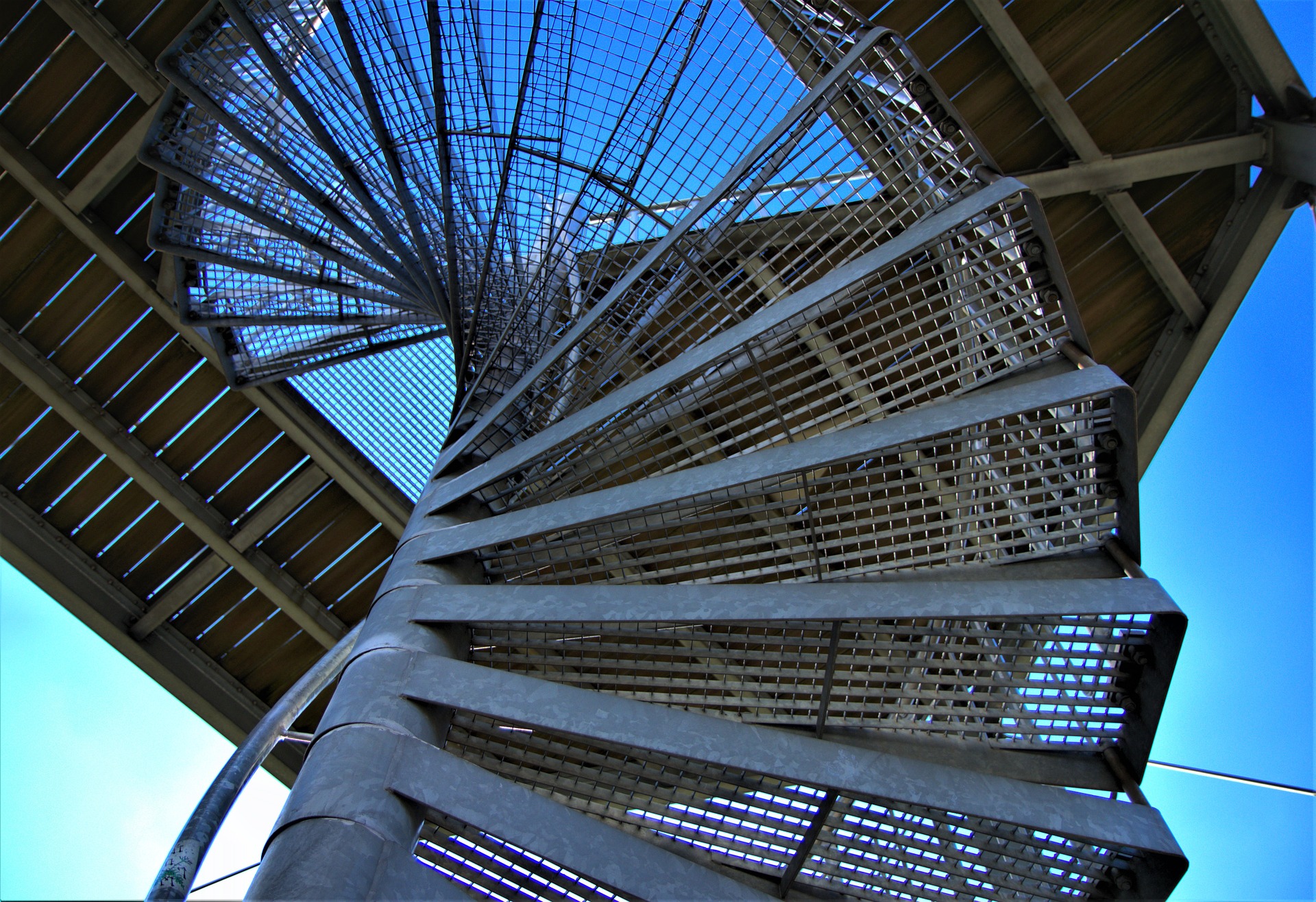 I sent a market update to Boom & Bust subscribers in our 5 Day Forecast last Monday. I explained that stocks saw their biggest correction since late 2011, which makes that a 4th wave correction leading into a 5th wave final blow-off rally what I have been calling the Dark Window scenario. My target is around 10,000 on the leading index, the Nasdaq, and around 33,000 on the Dow.

It’s likely we saw the first wave up into early May with two more strong surges ahead. We have just made new highs on the Dow and S&P 500, with the Nasdaq coming close to a new high.

Is this a breakout in the next wave up?

But there is a pattern that still warrants near-term caution 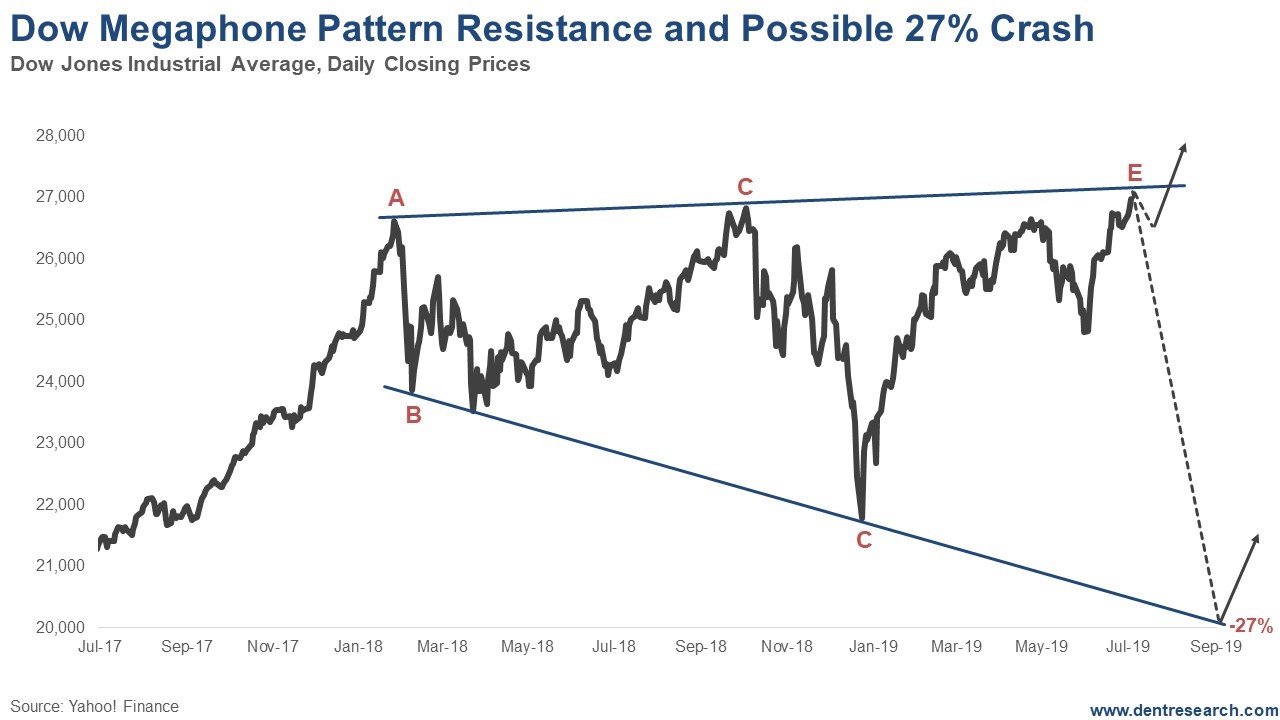 Note that this megaphone pattern sees higher highs and lower lows until the final breakdown projected to about 20,000 on the Dow. The top trend-line would be around 27,300 on the Dow and 3,025 on the S&P 500, just a little over 1% above the market’s projected open today.

This pattern does not have to play out on the downside. But if it does, it would suggest a new correction of as high as 27% in the Dow. That could take the Nasdaq down to its “line in the sand” at around 5,700. That’s down about 30%. (I covered that original analysis and forecast from early this year on Monday).

If that level holds, we could still see that final Dark Window blow-off rally, but to more like 9,600 that would be a near 70% rally in just several months, instead of the 25% rally projected from here, and 30%-plus after a minor correction ahead.

If there is another total breakdown in the China trade deal, and perhaps some dangerous tensions with Iran, we could see this steeper correction in the next few months.

However, the more likely scenario is that this pattern of slightly higher highs simply creates resistance near term and a more minor correction into mid-July and then we see that next strong surge up on the way to Dow 33,000 and Nasdaq 10,000-plus, likely into January of 2020, or March at the latest.

The first crash after that is likely to be 40%-plus in two or three months, or a Nasdaq back around 6,000 or lower. That would break the line in the sand and will throw a monkey wrench into the election!

A pullback and then a clear break above this top trendline would be the sign that we are on our way up.

A sharper correction nearer-term and follow-through into August on the downside would suggest the stronger-correction scenario.

Adam O’Dell’s indicators are still supporting the bull market for now. So, the bullish breakout after a minor correction is still the more likely scenario

And bitcoin still looks to be rocketing towards $32,000, after hitting near $14,000 recently. This pullback is not likely to last long.