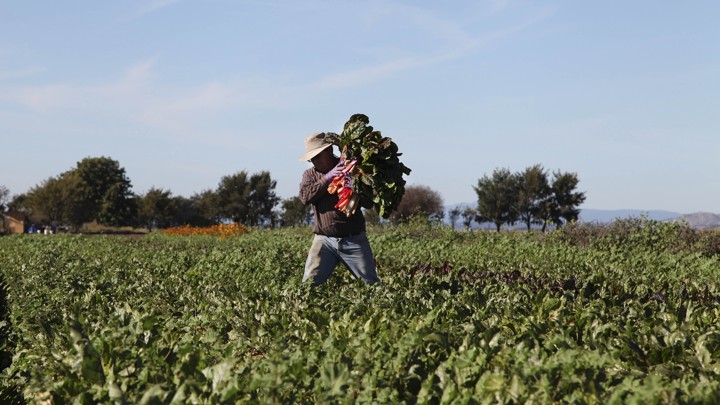 Hemp has a storied past, having begun as a useful and legal crop in the United States. The formerly favored cash crop was used in everything from rope to textiles. Hemp’s use as a main crop farmed in the US continued until the Controlled Substances Act of 1970 banned it during the frenzy of the War on Drugs.

This overzealous act restricted hemp farming, and as such, the industry as it related to US grown crops came to an abrupt stop. This move forced farmers to pivot and utilize their fields for other crops.

The 2018 Farm Bill Changed Everything

The recent popularity of the booming CBD industry, coupled with the crop’s durability and sustainability when used in place of cotton, in large part formed the driving factors behind the Farm Bill’s introduction. Altho ugh hemp’s uses are quite diverse, the demand for the exponentially growing CBD industry simply cannot be ignored. In just a few short years CBD has burst onto the health and wellness scene, touted as a purported natural health aid capable of aiding with a multitude of conditions and symptoms.

While more research is needed, those studies conducted to date have shown great promise, revealing that CBD may positively affect a number of biological and physiological processes. These studies, in combination with thousands of positive reviews from around the world have been the catalyst behind CBD’s rise to fame.

This has both cannabis investors as well as companies in the space excited for what the future holds.

The 2018 Farm Bill, passed this last December, made hemp a federally legal crop once again. Now, the business of hemp cultivation in the U.S. is becoming an important part of the economy once again, adding thousands of jobs (both directly and indirectly) to the job market.

The top five U.S. states having the most land devoted to growing hemp include Montana, Colorado, Oregon, Kentucky, and Tennessee.

Hemp’s Come Back Tour in the USA

Hemp might be making a comeback, but old regulations and rules are making life more difficult for farmers and manufacturers of hemp-derived products from taking full advantage.

U.S. senators, especially those from states where hemp has economical potential for a windfall, are taking action to move the process of deregulation and access to protections forward.

One of the sectors where hemp farmers and manufacturers of CBD are experiencing issues, is the financial services space. Businesses are having difficulty with regards to lending and crop insurance. Eyes are looking at the United States Department of Agriculture (USDA), the entity in charge of creating updated regulations and guidelines for hemp cultivation.

But pressure is mounting to move faster through this process. While Agriculture Secretary Sonny Perdue has assured that the USDA will be working carefully on updating its regulations, these modifications couldn’t come soon enough. The latest projections estimate that updates will be in place for the 2020 season. But in the meantime, several Senators are taking matters into their own hands to remove further obstacles for farmers.

This past May, the Senate passed a $19.1 billion disaster package with an amendment that provides hemp farmers with access to crop insurance for their 2020 seasons. One of the leaders in the fight for hemp is Senate Republican Leader Mitch McConnell, whose home state of Kentucky is high on the list of the top hemp farming states.

McConnell is focused on this issue and how it affects his state, and will be using it as a building block for his 2020 reelection campaign. McConnell has also written correspondence to financial institutions to advocate for hemp farmers, calling on these institutions to make their services open to farmers in the industrial hemp industry.

With this bill, the Senators are trying to provide hemp farmers with access to more resources. The same resources that are already available to farmers of more traditional crops. They are working on the removal of these obstacles and on putting added support in place to ensure the future success of hemp as a cash crop in the US.

The amendment is largely based on giving relief support to farmers affected by natural disasters. However, it also mentions giving hemp farms access to federal crop insurance. The text ensures that the Federal Crop Insurance Corporation will be offering coverage beginning with the 2020 season.

This bill comes at a very important time for farmers of all crops, including hemp, in the western United States. States like Oregon that have a large amount of land dedicated to hemp farming have been especially threatened and harmed by the wildfires that have plagued the region over the last few summer seasons.

Such funds have already provided crucial support to winegrowers and hazelnut growers in the region, and now hemp too will share in this same support. Access to crop insurance is an invaluable form of protection for hemp farmers. These protections will allow farmers to venture into a new growing season with more security and protection, and will potentially open the field a bit more to farmers who want to enter the hemp industry.