5 Football books that you must read as a fan - TulsaCW.com: TV To Talk About | The Tulsa CW

5 Football books that you must read as a fan 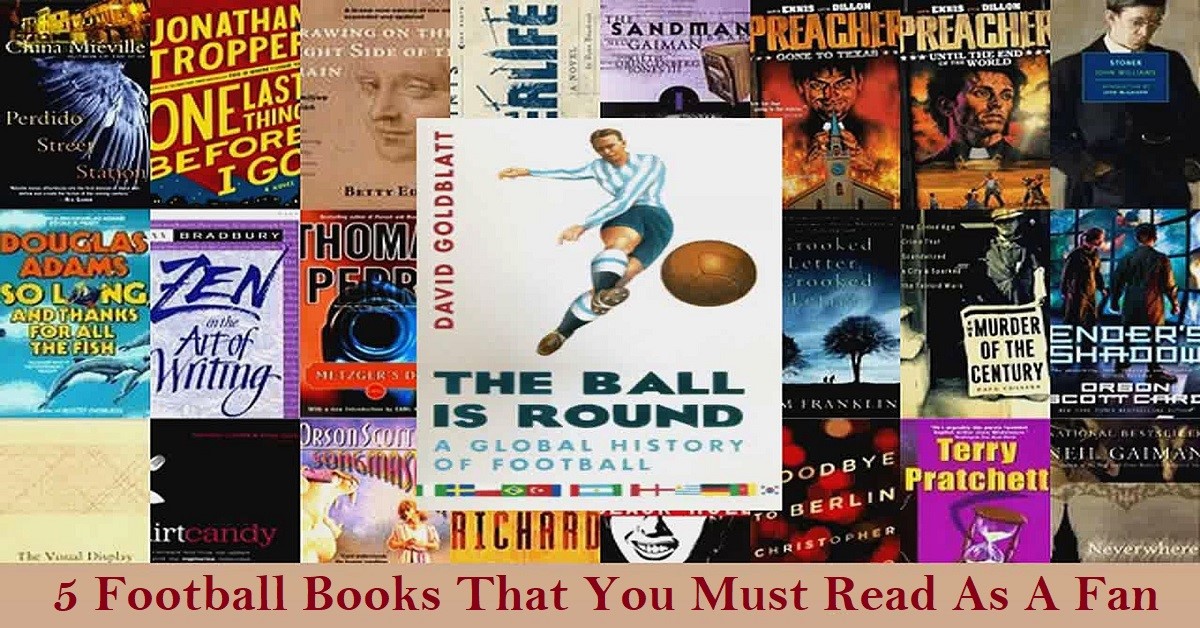 Football is a sport that is followed by half of the population on the planet. A sport that is played on all the continents encouraging millions of youngsters to learn important lessons of life dribbling a ball between their feet has a long-associated history, satirical drama and economics as complex as a multinational corporate running at its core.

If you truly want to feel the might of the game, you need to familiarize yourself with the mental and theoretical component of football, that has shaped the gamed as we know it today more than once. Great soccer books are a reservoir of knowledge that help you learn from the generations that took it upon themselves to preserve the integrity of the game.

As a soccer fan, you must be aware of some of the book titles that capture the essence of the game ideally.

1. The Ball is Round by David Goldblatt

There’s no other book that describes the rise of football as a global-entertainment sport as impressively and brilliantly as David Goldblatt’s The Ball is Round: A Global History of Football.

An extraordinary tour de force of a book, The Ball is Round is a title that details the story of the players, coaches, teams, managers, fans, owners, clubs and national teams. But most importantly it is a true account of the history of money and power, states and markets in the game. Soccer odds might seem to be the most important number in the game to most fans, but there have been much more important figures. This book explored when the realm of glory has crossed the path with the realm of power in football.

Focused more on the itinerant coaching geniuses, Jonathan Wilson’s classic is a pioneering soccer book that tracks the evolution of the soccer tactics. How the coaches spread their signature styles across the globe and how the team refine their game to develop their distinctive finesse. From Wilson’s brilliant detective work we learn how the teams in the South American region came out of the British colonial order to carve their own identity, how the Europeans built a team structure by harnessing individual techniques and how football evolved from a game with five forwards to a lone striker play.

For those who want to learn soccer tactics, no book can teach you the intricacies like Inverting the Pyramid.

Nick Hornby’s book is a memoir presented in clever humor based on his life. Growing up in a house where his parents’ marriage was falling apart, Nick had a little sense of home until his father took him to Arsenal’s home ground one day. At Highbury, he felt emotions that made him fall for the game that became a source of joy, humiliation, hope, heartbreak and frustration.

A classic football book, Hornby vividly depicts his childhood, his first love and his time as a teacher from the perspective of the game, allowing us to understand how soccer can shape a life.

4. Futebol: The Brazillian Way of Life by Alex Bellos

When Pele started playing soccer in the 1950s, Brazil became a nation that was identified by the game and still, the world sees it as a football nation. But moreover, Brazilians derive self-identity from the game which is why their individual skills are prodigious that easily outshine the team tactics. When Brazilians play football, their dribbles and flicks have all the elements of dance that makes it a joy to watch.

5. Tor!- The Story of German Football by Uli Hesse

How can a list of books about football be completed without a dedicated memoir for German soccer?

Tor! is the best book on German football that traces how a nation that never had a national league of professional players until the 1960s, became one of the most successful football nations in the world. The challenges the myth that German soccer is predictable and explores the fascinating character who shaped it battling it out through the horrors of the Nazi years and the crisis of the new century. Tor! has the detailed depiction of important characters of the German football-Walther Bensemann, Sepp Herberger, Franz Beckenbauer, and Lothar Matthus. The latest edition of the book also examines how hosting the 2006 World Cup has changed the soccer scene in the country and how German club football is challenging other leagues in Europe.

Football is a beautiful game, but to truly appreciate its glory, one has to familiarize himself with the deep-rooted history and facts of the game. Here we have listed the five best football reads to compliment your love for the game. These soccer books will not only enlighten the already-fervent soccer aficionados but also indoctrinate the uninitiated.