Surfing Uluwatu - TulsaCW.com: TV To Talk About | The Tulsa CW 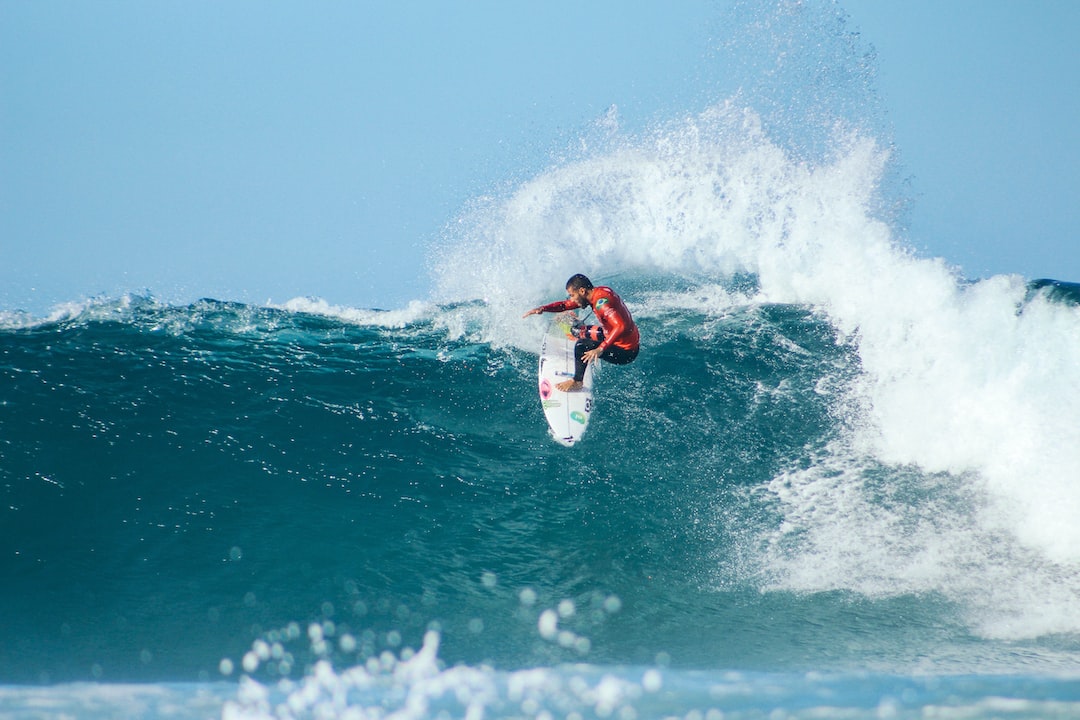 Everything You Need to Know About Surfing Uluwatu

For decades, surfers have been traveling by air and sea to reach the world-famous waves of Indonesia. What started as an undeveloped, wild surfer’s paradise, now exists as a populated retreat mecca where surfers and wellness travelers venture to from all over the world. Ulu’s, as it is often affectionally called, is the epicenter of Indonesian surfing, and rightfully so. The wave is a hyper consistent left-hander that produces powerful, racing waves with a cavernous barrel section.

Uluwatu is more than just a menacing wave, it’s embedded in Indonesian surf history and is even a significant religious site in the region. Uluwatu is largely considered one of the best waves on the planet, and it is just a short drive from Swell Bali . But what makes Ulu’s world-class?

Why is the wave the epicenter of surfing in Indonesia? Who surfed it first? Find out below!

The History of Uluwatu

While it is commonly known that Bali was discovered as a surf destination in the early 1970s, not many people know that surfers were some of the first westerners to ever set foot on the island. Back then, most meals could be purchased for under $1, dirt roads ran where highways now exist, and the main mode of local transportation was a bicycle. Uluwatu was first discovered by surfers who had previously surfed in the Kuta area. The crew was actually a film crew, filming the 1971 surf classic, Morning of the Earth that was directed by Alby Falzon.

While filming, the crew stumbled upon the freight train left-handers at Uluwatu. To reach the wave, the crew had to descend the cliff by the temple and come out through the cave. The first wave ridden at Uluwatu was surfed by Steve Cooney, who was just 15 years old.

The wave was featured in the film, Morning of the Earth, which was released on February 25, 1972. The footage of the dreamlike left-hand wave at Uluwatu sparked the attention of surfers globally, igniting daydreams of far-flung surf adventure in the minds of every surfer on the planet. The film inspired many well-known pros at the time, like goofy-footer Wayne Lynch. Lynch traveled to Bali shortly after, where photographer Dick Hoole captured him in the barrel.

To this day, that image is renowned and celebrated as a representation of pure surf exploration. Another legendary goofy-footer, Gerry Lopez, who is known for pioneering G-Land on Java, was also inspired by the footage in Falzon’s film to travel to and surf Uluwatu.

Like many famous waves in Indonesia (Padang Padang, Impossibles, Dreamland), Uluwatu is located on the island of Bali, which attracts countless surfers to its tropical shores each year. The official name of Uluwatu is Pantai Suluban. Despite its ever-growing popularity as a surf destination, Bali remains a favorite travel destination for surfers of all levels. Bali attracts surfers globally, in part, because it is truly a destination for any budget.

Budget travelers will be able to pinch pennies, while still eating, sleeping, and traveling comfortably around the island. Surfers who fancy a more luxurious style of travel will find Bali’s luxury options to be beyond their expectations. Additionally, luxury travel in Bali, no matter how extravagant, is far cheaper than most other travel destinations. Bali attracts more than just surfers. The island has evolved into a wellness destination that hosts yoga and meditation retreats for travelers seeking inner peace.

Additionally, the island is a hotbed for cultural tourism. Indonesia is a diverse nation made up of many different religions. While most of Indonesia is Muslim, Bali is a Hindu island. The island is full of historic monuments, shrines, and temples. Travelers can even view religious ceremonies and dances.

To a traveling surfer, Bali is paradise. There are more world-class waves close to one another than practically anywhere else in the world. Beginner surfers will fall in love with the playful waves in Kuta, Seminyak, and Canggu. While intermediate and expert surfers will relish their time in the Bukit Peninsula.

The Bukit Peninsula is the southernmost tip of Bali, Indonesia. The peninsula would be a sperate island, and perhaps one day will be if it wasn’t for a tiny sliver of land just south of the airport that connects the Bukit Peninsula to the rest of the island.
The Bukit, as it is often referred to, is home to Bali’s most notable sites, such as the Uluwatu Temple and the cliffs of Padang Padang. To surfers, nothing beats the Bukit. Starting at the south end of the peninsula sits the gem of the island, Uluwatu. Further north there is Padang Padang, Impossibles, Bingin, and finally Dreamland. Out of all the waves in the region, however, Uluwatu takes the cake.

The Waves at Uluwatu

As previously mentioned, Uluwatu is the epicenter of surfing in Bali. The wave itself, like many of the other famed Bali waves in the Bukit, is iconic and recognizable by a mere photograph to most surfers around the world. Uluwatu’s’ fame is not undeserving; the wave is perhaps the most consistent in the region and is in proper form at practically any size.

Unlike other Indo waves, Ulu’s handles sizeable swell and small swell quite well. It’s no secret that Bali is not the uncrowded, tropical paradise it once was.

Fortunately, Ulu’s spreads the crowds of traveling surfers over several sections of the reef, making it feel seemingly less crowded compared to single peak waves.
The Bukit Peninsula is a swell magnet due to deep water channels that run along both sides of the southern peninsula. South swells meet the strong currents of low tide and produce gargantuan surf.

Ulu’s breaks over a system of dead coral and it works well on all tides. The wave is best with a south by southwest swell that meets a south-easterly wind. Ulu’s is surfable from 2 to 15 feet.
Several individual peaks make up the wave known as Uluwatu.

The first break is known as Bommie. Bommie is located on Ulu’s outer reef and is renowned as a fierce, board breaking wave.
The next peak is Temples. Temples gets its name from the old temple that sits on the cliff above the takeoff. The wave at Temples produces long, hollow walls that offer plenty of head tuck and barrel opportunities during high tide.

Racetracks, the next peak over, can connect with “The Peak” in one long barrel section during the right conditions. If not, Racetrack is exactly what it sounds like, a speedy, hollow walled section where surfers race down the line under the veiled lip of the wave. Racetracks is best at low tide.

Outside Corner, which is another outside reef break, turns on during low tide with swells larger than 6 feet. When the swell turns XL at 8-10 feet, Outside Corner will produce terrifyingly steep drops into cavernous, expert only barrels. In the right conditions, Outside Corner can connect with Racetracks and The Peak.

Large swells can produce rides nearly 300 meters long.
Further down at The Peak surfers will find steep, intimidating drops with a hollow barrel section directly in front of the famous cave. The Peak operates well during any tide condition, but is best at high tide, unlike many of the other breaks at Ulu’s.

The crowd is the most dangerous part of Ulu’s, followed by the reef. The paddle can be a bit difficult at times. Paddling into the cave requires a certain amount of focus and precision.
Today, Uluwatu stands as a mecca for surf travelers and it is just a short scooter drive from the doors of our Bali surf camp.

Q: Tell me more about Swell bali
A: Swell is a purpose-built Surf camp Bali in the center of Bingin, for surfers, by surfers