The Astonishing Origin of Tarot Cards - TulsaCW.com: TV To Talk About | The Tulsa CW

The Astonishing Origin of Tarot Cards 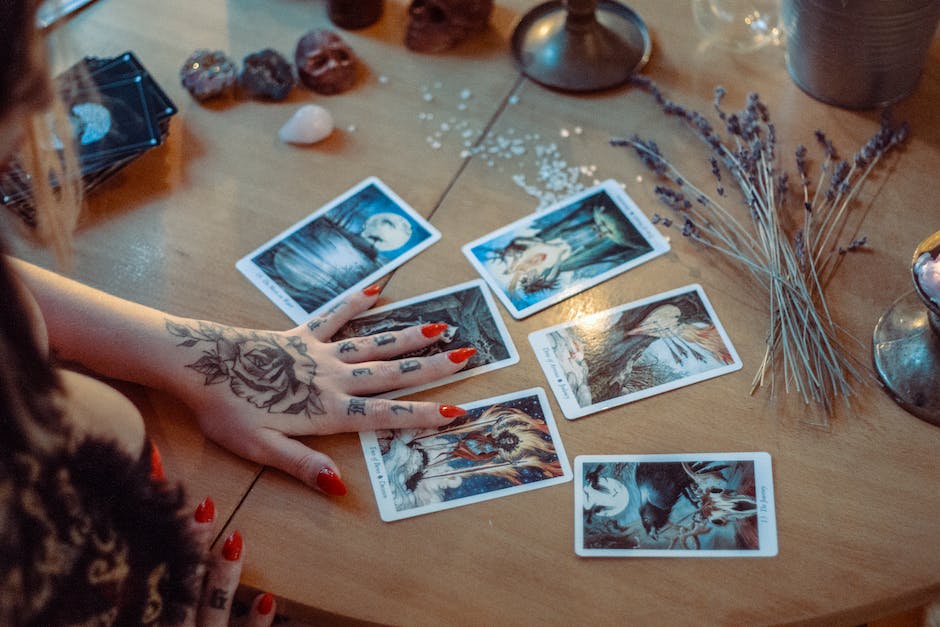 15% of Americans have consulted a psychic or fortune-teller. 49% say they’ve had a mythical or religious experience.

One way to gain insight into yourself is to get a tarot reading. But before you head out to your favorite medium, you should know a little bit about the origin tarot cards.

The history of tarot is extremely fascinating. And it can shed some insight into a deck of cards that’s long been shrouded in mystery, myths, and misunderstandings.

Keep reading as we explain the origin of tarot cards.

The Origin of Tarot Cards Begins Over 600 Years Ago

There was a time when many people believed that the origin of tarot began in ancient Egypt. It was thought that the cards were possibly a representation of the lost Egyptian “Book of the Dead“.

However, in 1842, German Egyptologist Karl Richard Lepsius translated the text and discounted that theory. It’s now thought that the history of tarot cards began in either the late 14th or early 15th century in northern Italy.

The Visconti-Sforza Was the First Known Tarot Deck

The oldest surviving set of cards is known as the Visconti-Sforza deck. The deck was created for the Duke of Milan’s family around the year 1440.

They used the cards to a game similar to bridge or the popular kids game MASH known as “tarocchi appropriati” which was popular with nobles. Players were dealt cards at random. They used thematic associations with the cards to write poetic verses about the other players.

The Images on the Cards Have Changed Over Time

The images on the cards were inspired by the costumed figures who participated in the local carnival parades. They were marked with suits of swords, coins, cups, and polo sticks. The polo sticks were eventually changed to wands or staves.

The courts on the cards had a king and two male underlings. It wasn’t until later that queens, trumps, and the Fool were incorporated into the deck.

The game of tarocchi spread to other countries in Europe. It was in southern France where it got the name tarot but it took some time before they began to be associated with mysticism and divinity.

Tarot in the Mid-18th Century

What started out as a fun and meaningless game of cards, around 1540, the tarot cards began incorporating divination. A book entitled “The Oracles of Francesco Marcolino da Forli” describes a simplistic method of divination where tarot cards are used to select a random oracle but have meaning within themselves.

Manuscripts from 1735 known as “The Square of Sevens” and from 1750 the “Pratesi Cartomancer” begin documenting rudimentary divine meanings for both the system of laying out the cards as well as the cards themselves.

Around this time, the occult began to gain in popularity. As a result, using tarot cards changed from a simple card game to a way to gather mystical insights.

The Search for Tarots Historical Origins

As tarot cards and mysticism began spreading throughout Europe in the mid-1800s, so did the search for their historical origins. French writer Antoine Court de Gbelin though that tarot was based on a holy book written by Egyptian priests.

He asserted that this ancient book was brought to Europe by Gypsies from Africa. However, the tarot cards were already in Europe before any Gypsies arrived. Also, Gypsies hail from Asia, not Africa.

Tarot in the 19th Century

In the 19th Century, a man name liphas Lvi Zahed trained for the priesthood but chose to pursue a life dedicated to mysticism, the occult, and magic. Zahed believed the origin of the tarot went back further than the 14th century in northern Italy.

He noted that the 22 trumps of the tarot deck matched the 22 letters of the Hebrew alphabet. He also thought there was a link between the tarot and the Tree of Life. It was his belief that the tarot was actually a roadmap.

Users could use tarot cards to move through the Tree of Life as a way to become more spiritually enlightened and eventually find their way to Heaven.

Tarot in the 20th Century

In the early 1900s tarot gained popularity in the United States thanks to mystical groups such as the Theosophical Society and the Rosicrucians. The Wait-Smith deck was created in 1909 by A.E. White and Pamela Colman Smith.

White was a British member of the Hermetic Order of the Golden Dawn. This deck is still used by many American tarot practitioners today.

The Book of Thoth

Another popular deck is known as the “Book of Thoth” which was developed by Aleister Crowley, a magician turned guru and Lady Frieda Harris. These two combined different elements of Eastern, Christian, Greek, and Egyptian symbolism.

There are 78 cards in a tarot deck which consists of the Major Arcana and the Minor Arcana. Roughly translated, these mean “big secrets” and “little secrets”. Tarot today blends a mix of ancient symbols, historic events, and religious allegories.

As a result of that blending, the meaning of the cards changes depending both on the culture of the era as well as the needs of the individual user.

It’s also important to note that the associations and preconceptions the person having the reading brings to a tarot reading are just as important as the drawings on the cards. They’re a way to project ideas, both subconscious and conscious as well as to play with potential outcomes regarding important decisions.

We’re Here to Entertain and Inform

We here at News 9 are here to entertain and inform our viewers. Whether it’s to share with you the origin of tarot cards or share the latest local sports news, we’ve got it covered.

News 9 always keeps you up-to-date with the latest information. Keep coming back to see what’s new.