5 Easy Ways to Find a Stud in Your Wall - TulsaCW.com: TV To Talk About | The Tulsa CW

5 Easy Ways to Find a Stud in Your Wall 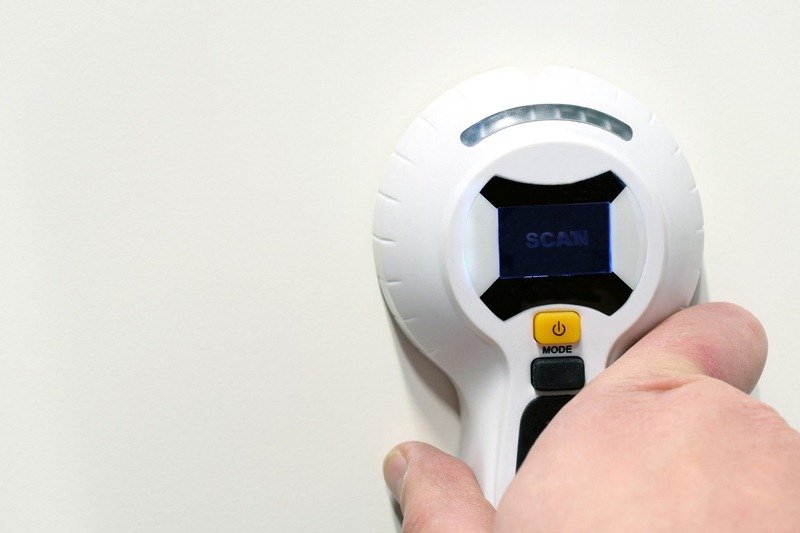 Before you can redesign or redecorate a room, you’ll need to know how to find a stud in your wall. Without knowing how to locate the studs, you’ll be left with empty walls.

When wanting to remodel a room, you’re going to want to hang items up on the walls.

However, you can’t hang wall art, frames, or anything else for that matter by placing a nail or screw in drywall.

Drywall is not strong enough to hold your decorative items in place. Even items that are lightweight and you believe the drywall will hold, shouldn’t be hung this way.

Why? All it would take is a simple tug of the item or a simple bump into the item to send it crashing down, ruining your wall. Instead, do it the right way and take the time to locate where the studs are in your wall.

Hanging items on your wall by nailing them into the studs is the best way to ensure that they’re secure for years to come. If you need help finding the studs in your wall, continue reading below.

One way to find studs in your walls is to use the 16 inches rule. This rule only works if you can first locate at least one stud in the wall. We’ll go over how to locate your first stud below.

But once you use one of the methods listed below to find a stud, you can then measure 16 inches from that stud to find your next stud, and so on. This is because homes are made by positioning studs 16 inches apart from the center of each one.

To use this method, find the center of one stud and then use a tape measure to measure 16 inches either left or right.

This should land you in the center of another stud. Some newer homes use a rule of 24 inches from the center, but 16 should always be your starting point.

If possible, start from the corner of a room where you know a stud is located, and then begin your measurements.

Another simple way of locating a stud without needing many tools is to locate where any outlets or light switches are.

In newer construction homes, electricians nail the electrical boxes for the outlets and light switches to the side of a stud. However, there is no specification for which side to nail it on.

With that being said, it could be nailed on either the right or left side of the stud. Either way, this at least gives you a general location of where a stud is. If need be, pop the light switch or outlet from the wall and peer inside it.

You might be able to see which side the stud is on by doing so. Do keep in mind, though, that not all outlets and light switch boxes are nailed to studs. In older construction, they’re held in place by screws to the drywall.

If you have the older version, there will be a screw at the bottom and top of the outlet or light switch box.

Think you’ve found a stud in the wall but aren’t for certain? Use a thin finish nail or a thin drill bit and drive either one into the wall. You’ll be able to tell if there’s a stud there right away, by the way, the drill bit or nail drives into the wall.

Because these nails are so thin, any unwanted holes that you made are nearly invisible. But if you prefer to cover them, then a little bit of drywall compound and paint is all you need. It’s a simple fix and you’ll have complete certainty of where the studs are.

You can also use your knuckles or the back of a hammer to determine where a stud is. When you tap on the wall using either the hammer or your knuckle, you’ll hear a different pitch when you hit the stud.

Start on one side of the wall and work your way over to the other listening carefully for the change in pitch.

Both doors and windows have studs that run along either side of them. This is a great way to know exactly where a stud is located.

In some cases, there are even two studs located directly next to one another to give the window or door added support.

There are also studs located both above and below windows and doors. These studs will run horizontally.

The last option that you have is to use a stud finder. An electronic stud finder will help you find the center of a stud. These devices work by either making a beeping noise or using another form of alert to let you know that a stud is there.

Start in one area where a stud is not located, then move the stud finder across your wall until it picks up on a stud. After doing so, you can then use one of the methods listed above to confirm it.

Not Sure How to Find a Stud?

If you’re not sure how to find a stud in your wall, we hope that this guide was a big help. Before you begin to remodel, redecorate, or redesign a room, be sure you know exactly where each stud is located.