One of the most expensive Chinese films ever made, the $100 million production will open in in the U.S. and Canada with Mandarin and English dubbed versions on January 24

LOS ANGELES, Jan. 14, 2020 /PRNewswire/ -- For the Chinese film industry, the Lunar New Year is akin to Hollywood's summer blockbuster season. It's a time when major studios release their largest tentpole movies; helmed by the country's top directors and featuring its biggest stars. Eager audiences pack local cinemas ready to be exhilarated while box office records are shattered on a now-annual basis.

The film expected to make history this holiday season is visionary action director Dante Lam's The Rescue, which chronicles a Chinese rescue team's death-defying mission to save survivors of a fiery offshore catastrophe. Comprised of men of women from various backgrounds and led by a maverick captain (played by heartthrob and action star Eddie Peng), the unit must set aside their differences to face escalating challenges across air, land and sea. In addition to Peng, the film's ensemble cast includes Xin Zhilei (Crosscurrent) and Wang Yanlin (Operation Red Sea).

Buoyed by positive reactions at advance screenings and recognizing the potential to elevate the release of The Rescue into a global cinematic event, CMC Pictures will open the film in North America on January 24; a day before its release in China, Australia, New Zealand and the UK. In addition to the Chinese language / English-subtitled print of the film scheduled to play in all major U.S. and Canadian markets, CMC will also offer an English dubbed version at select theaters. Watch the official trailers here: Chinese, English.

About The Rescue
Boasting one of the biggest budgets ever for a Chinese film at $100 million, the stunt- and pyrotechnic-filled spectacle features an A-list Hollywood production team that includes Academy Award-winning cinematographer Peter Pau (Crouching Tiger, Hidden Dragon, The Forbidden Kingdom), production designer Martin Laing (Titanic, Clash of the Titans) and special effects supervisor John Frazier (Spider-Man, Transformers). The Rescue's epic visuals were achieved through some of the world's leading digital effects companies including Scanline VFX (Avengers, Godzilla), Digital Domain (Avengers: Endgame, Ready Player One) and Macrograph VFX (The Wandering Earth, Operation Red Sea). In addition to filming on location in China, additional shooting took place at Mexico's Baja Studios, where the production team utilized the same facilities as Titanic for the movie's large-scale underwater sequences.

The Rescue is the first film to showcase the China Rescue & Salvage (CRS), a lesser-known division of the Chinese Coast Guard. Founded in 1951, the unit is charged with responding to all maritime emergencies on Chinese waters, which range from shipwreck salvage missions to marine firefighting. After learning about the CRS five years ago, Lam became determined to bring the stories of these unsung heroes to the big screen in a very big way.

The Rescue will open in the following North American cities:

"CMC Pictures is proud to release The Rescue in North America where we believe there's an underserved audience for expertly-crafted action movies made by masters of the genre," said Su Jia, CEO of CMC Pictures. "From the film's breathtaking aerial stunts to its jaw-dropping underwater scenes, connoisseurs of action cinema will be blown away by Dante Lam's breakneck direction and spectacular set pieces."

About Dante Lam
Celebrated for his uncanny ability to seamlessly blend bombastic thrills with emotionally-charged performances, Lam is a prominent figure in the world of modern Chinese action cinema. His last film, Operation Red Sea, is one of China's highest-grossing movies of all-time. Lam began his career as an assistant director and actor in the Hong Kong film industry before making the transition to writing and directing. Lam's other recent works include Operation Mekong, The Viral Factor, Unbeatable, That Demon Within and To the Fore.

About Eddie Peng
One of Asia's preeminent leading men, Peng has received international acclaim for his versatility and physicality. His diverse filmography includes everything from romantic comedies and dramas (Duckweed, Our Time Will Come) to gritty martial arts and action films (Wu Kong, Rise of the Legend). The Rescue marks Peng's fourth collaboration with Dante Lam following his breakthrough performance in Operation Mekong.

About CMC Pictures
CMC Pictures is a CMC Inc. company focusing on the global distribution of Chinese movies, with direct theatrical and Internet release capabilities in over 103 countries and 281 cities. CMC Pictures has successfully released quality Chinese titles, including Ne Zha, The Wandering Earth, My People, My Country, Wolf Warrior 2, Shadow, Animal World and Detective Chinatown 2. The company brings leading content to not only world cinemas, but also to various platforms such as television, internet and mobile.

About CMC Inc.
CMC Inc. is a leading media and entertainment conglomerate founded and led by Mr. Ruigang Li. Based out of the Chinese Mainland and Hong Kong, CMC Inc. is known for its prominent strengths in premium content across multiple genres, which include film, drama, variety show, game show, financial media, documentary, short video, fashion & lifestyle, concert, theatre, live entertainment event, sports and music. The company also has a comprehensive scope of content-related businesses such as artist and sports agencies, cinemas, theme parks, and urban recreational complexes. 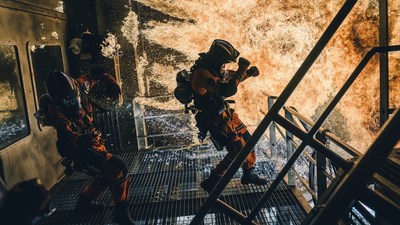 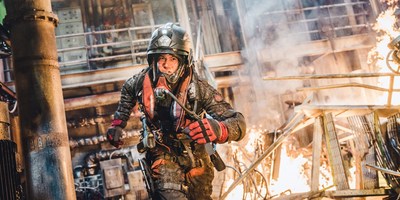